Drake Bell Net Worth – How Rich Did The Entertainer Get?

Who is Drake Bell? 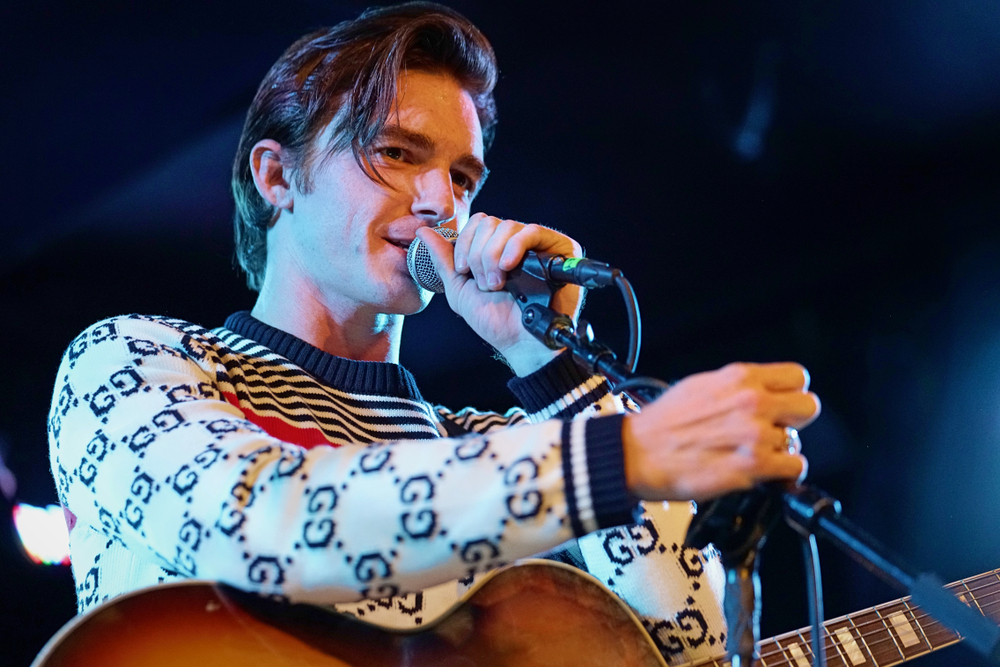 Drake Bell, whose full name is Jared Drake Bell, is an actor as well as being a singer, musician, and song writer. His career began as a young child on the hit ABC sitcom Home Improvement but he became best known thanks to starring on the kids’ shows Drake & Josh and The Amanda Show for Nickelodeon.

Drake Bell also headed The Fairly OddParents film trilogy for the network and then voiced Peter Parker on Disney XD’s Ultimate Spider-Man. He also kicked off a music career at the start of the ‘00s with his band Drake 24/7. His albums were called Telegraph, It’s Only Time, and Ready Steady Go! 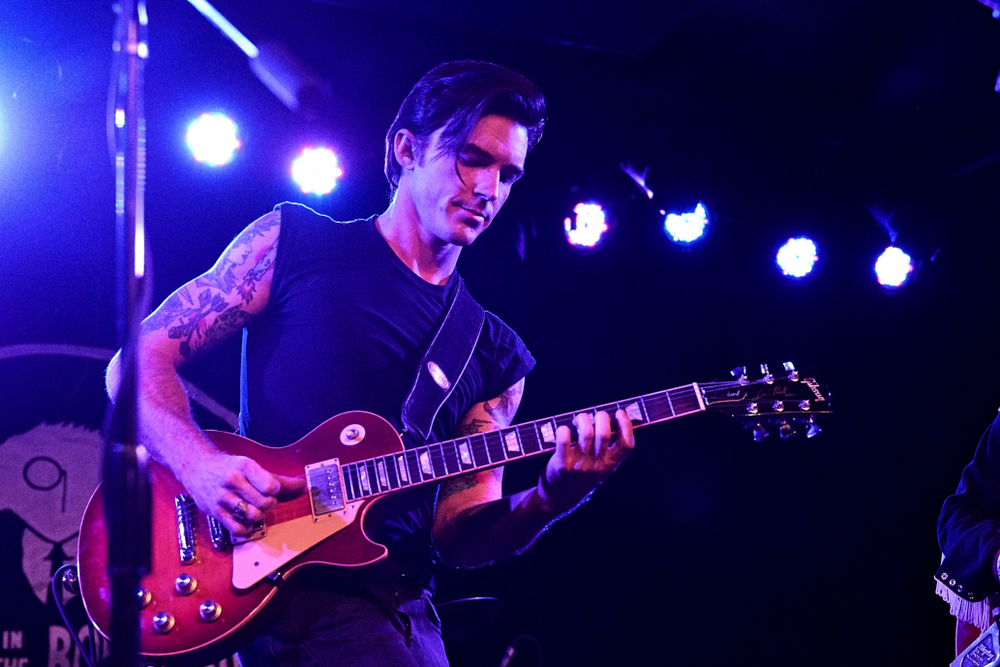 Drake Bell’s acting career began when he was only 5 years old, when his dad discovered he had no interest in sports but had a knack for public speaking and a skill at celebrity impersonations. The first commercial that Drake Bell landed was Whirlpool Appliances, where his role was to sit beneath a tree and lick a popsicle.

In 1994, Drake Bell appeared in an episode of the then major hit sitcom Home Improvement on ABC. His first film was a role in the highly acclaimed Tom Cruise film Jerry Maguire in 1996. He next appeared on Seinfeld in “The Frogger” episode.

1999 saw him landing a Pokémon commercial and a role in a film called Dragon World: The Legend Continues. In 2000, he appeared in a made-for-TV movie called The Jack Bull, in which he played Cage Redding and got a Young Artist Award nomination from it.

In 2001, he appeared in the film Chasing Destiny with the legendary guitarist Roger Daltrey, who began to give him lessons at the age of 12.

Drake Bell appeared frequently on Nickelodeon’s The Amanda Show between the years 1999 and 2002, when the show was finally cancelled. He also did a guest spot on a show called The Nightmare Room before getting his own show with Josh Peck called Drake & Josh. His character was called Drake Parker.

Drake Bell wrote and performed “Found a Way”, the show’s theme song. He also played the song “Highway to Nowhere” on the Nickelodeon show Zoey 101, which ended up on the CD soundtrack to Drake & Josh. He won Favorite TV Actor for three years in a row at Nickelodeon’s famous Kids’ Choice Awards.

Drake Bell did another big screen feature in 2005, co starring with Miranda Cosgrove (also from Drake & Josh) and Dennis Quaid in a remake of Yours, Mine, and Ours. That same year, he released his first album, Telegraph, which had 12 songs, 11 of which he wrote. He released the album independently.

Drake Bell’s second album was released by Universal Motown and was called It’s Only Time. This time, Drake Bell wrote all the songs, though he had a number of co writers on the tracks as well. It eventually got to the eighty first spot on Billboard Magazine’s Top 100 and twenty first on the rock charts.

The big single from the album was “I Know”, which did extremely well in Mexico. Another hit was “Makes Me Happy” which also made an appearance on the final episode of Drake & Josh.

Drake Bell also sang on the hit kid show iCarly’s theme song called “Leave It All To Me”, along with again Miranda Cosgrove. It appeared on the Hot 100 but only in the lowest possible position, namely 100.

Next there was a Christmas special called Merry Christmas, Drake & Josh that Drake Bell sang on, doing his version of songs such as “Christmas Promise” and “Jingle Bells”.

In 2008, he released a DVD called Drake Bell in Concert but it failed to do very well. It didn’t hit the United States’ top 100 in DVD sales although again, it did well in Mexico. The DVD was of a Mexican tour, which might explain its particular popularity there. The DVD includes two songs and 5 covers that only appear on it.

Drake Bell followed this appearance with one as next as lead actor in the satirical superhero movie Supehero Movie and also again wrote and did the theme song, “Superhero! Song”. In 2008, Drake Bell was one of the stars of a film called College, shot in New Orleans, Louisiana, United States of America.

Drake Bell had another two hit songs with “Modern Times” and “Unbelievable”. From there, he landed a role on a CBS comedy pilot called Fish Tank, however CBS decided not to greenlight it. Around this time, he also had a third album that was meant to come out but never did.

Drake Bell revived Drake Parker in 2010 for a cameo in an episode of iCarly, and that same year also guested on I Owe My Life to Corbin Bleu.

In June 2011, Drake Bell put out an EP called A Reminder, it first single being the song “Terrific”. The producer, however, ended up suing him, accusing him of not paying him for all of the work he contributed to on the music.

In 2012, Drake Bell played him in a Shane Dawson video called Kidnapping Drake Bell. Next, he got the coveted role of Spider-Man on the Ultimate Spider-Man animated series.

In 2012, Drake Bell appeared in the film for Nickelodeon, Rags as Shawn. In 2013, he came 3rd place in an ABC reality competition show, Splash.

In 2013 through 2014, he did a number of other animated roles, including Adventure Planet, The Naughty List, Under Wraps, and Birds of Paradise. Thanks to a twitter feud he had with Justin Bieber, he also got a nominated by the Capital Twitter Awards for the best feud on the platform.

Drake Bell then also showed up on Takepart Live to talk about his bankruptcy before the release of his next animated film, Frozen in Time.

In 2014, Drake Bell dropped a rockabilly album called Ready Steady Go! after having signed to Surfdog Records two years earlier. Brian Setzer, the lead of the Stray Cats, produced it along with Peter Collins. Songs included “Bitchcraft”, “I Won’t Stand in Your Way”, and “Bull”.

It only reached the one hundred and eighty second slot in the 200 chart.

In 2016, Drake Bell did a cartoon film with Miranda Cosgrove called A Mouse Tale that went straight to DVD. He also appeared in a slasher movie called L.A. Slasher, playing a role called The Popstar. He also wrote and recorded “Day & Night” for the soundtrack.

He then did the English dub of the film The Frog Kingdom before appearing in a rockabilly documentary called It’s a Rockabilly World! Next he played Spider-Man again in the Disney Infinity 3.0 game.

Then he did a guest spot on Josh Peck’s sitcom Grandfathered, due to their former co star status in Drake & Josh.

In 2017, Drake Bell starred in a sequel to Bad Kids Go to Hell called Bad Kids of Crestview Academy. That same year, Drake Bell dropped another EP, this one called Honest. 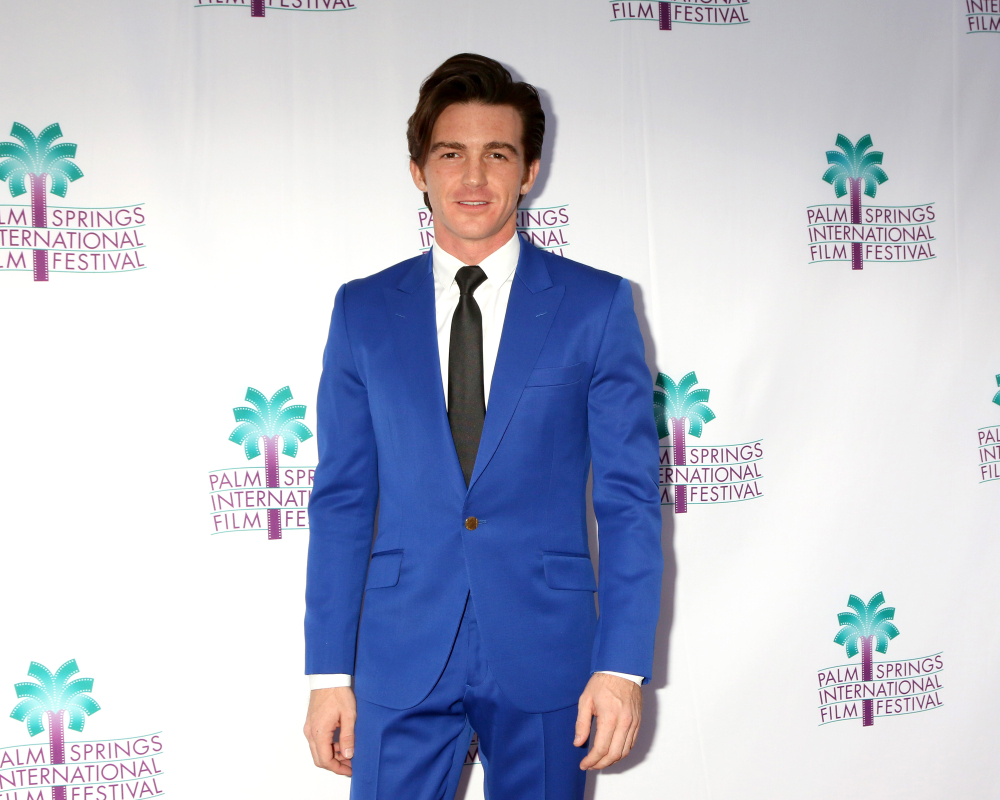 Jared Bell was born in Newport, California, United States of America, on the twenty seventh of June in the year 1986 to Robert Bell and Robin Dodson, who divorced when Drake Bell was only 5. Drake Bell grew up in Orange County, California, his major pastimes being skateboarding and going to concerts of punk rock.

When Drake Bell was nineteen he was involved in a serious car accident when his car was hit by another vehicle. Drake Bell suffered serious injuries such as a broken jaw, fractured vertebra and neck, severe face lacerations, and missing teeth. He required over seventy stitches, surgery, and his jaw was wired shut for months.

Drake Bell bought a house worth over $2 million in 2007 but he lost it in 2014 when he filed for bankruptcy. Drake Bell’s ex girlfriend Melissa Lingafelt leveled abuse accusations against him, which he has denied.

Drake Bell is currently married and has a son, but no more information is known about this relationship. In 2015, Drake Bell was arrested for drunk driving, leading to him being sentenced to 4 days in jail (he only served 1 due to good behavior), and 4 years of probation.
spending 4 days in jail, 4 year

In 2021, Drake Bell was arrested on the alleged crime of child endangerment with a fifteen year old fan of his who he had been contacting on social media with “inappropriate” messages for months prior to the arrest. He pled guilty. His accuser later accused him of sexually assaulting her.

Drake Bell has accounts on most of the major social media platforms, which helps him connect with his fans as well as acting as an avenue for attempting to raise Drake Bell net worth.

Drake Bell mainly uses his Facebook account to plug episodes of his podcast Drake & Janet, to announce his upcoming tour dates and appearances, and to help connect with his fans. This in turn contributes to Drake Bell net worth.

On this popular social media platform, Drake Bell has nearly four and a half million followers as of the present time. Drake Bell is himself following over two and a half thousand accounts in return currently.

Drake Bell mainly uses his account to connect with his fans, as well as to plug various cryptocurrency schemes to supplement Drake Bell net worth.

Drake Bell currently has over four million followers on this popular social media platform. Drake Bell is following approximately five hundred people in return as of the present time.

Drake Bell uses his Instagram to post photos of himself and his family, and to plug his podcast in order to help Drake Bell net worth.

Drake Bell does not have a LinkedIn account as of the present time. Should this change at any point in the future, we will be sure to update this page with that information. Our goal is to keep our readers informed about all of the latest news regarding Drake Bell net worth, life, and career.

Drake Bell has what seems to be an official public TikTok account, however it is not verified as of the present time. Should it be verified in the future, we will be sure to update this page with information. Our goal is to keep our readers informed about all of the latest news regarding Drake Bell net worth, life, and career.