Dr Phil Net Worth – How Rich Is The Famous TV Personality?

Dr Phil net worth is currently estimated as being at about approximately $460 million dollars USD. The bulk of Dr Phil net worth has come from his syndicated television advice show, which in turn was the result of his connections to Oprah Winfrey.

Who is Dr Phil? 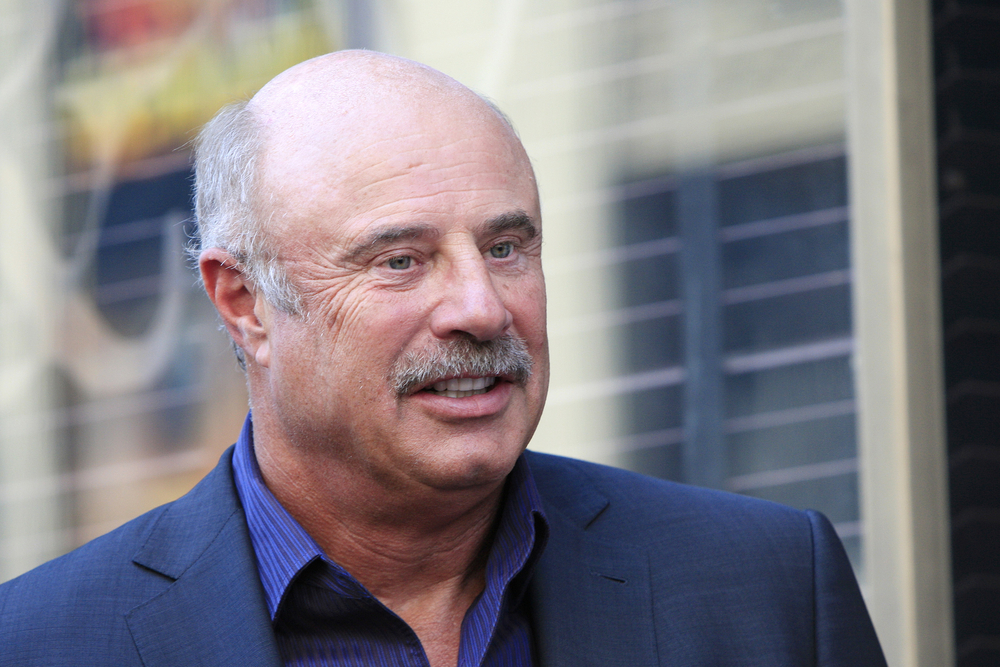 Dr Phil is the stage name of Phillip Calvin McGraw, a TV host and author who is best known for his syndicated television advice program, Dr Phil, which came as the result of his initial appearances on The Oprah Winfrey Show in the ‘90s.

Dr Phil has a clinical psychology doctorate but is no longer licensed to practice it, as he stopped renewing it since 2006, instead focusing on his role as television entertainer. 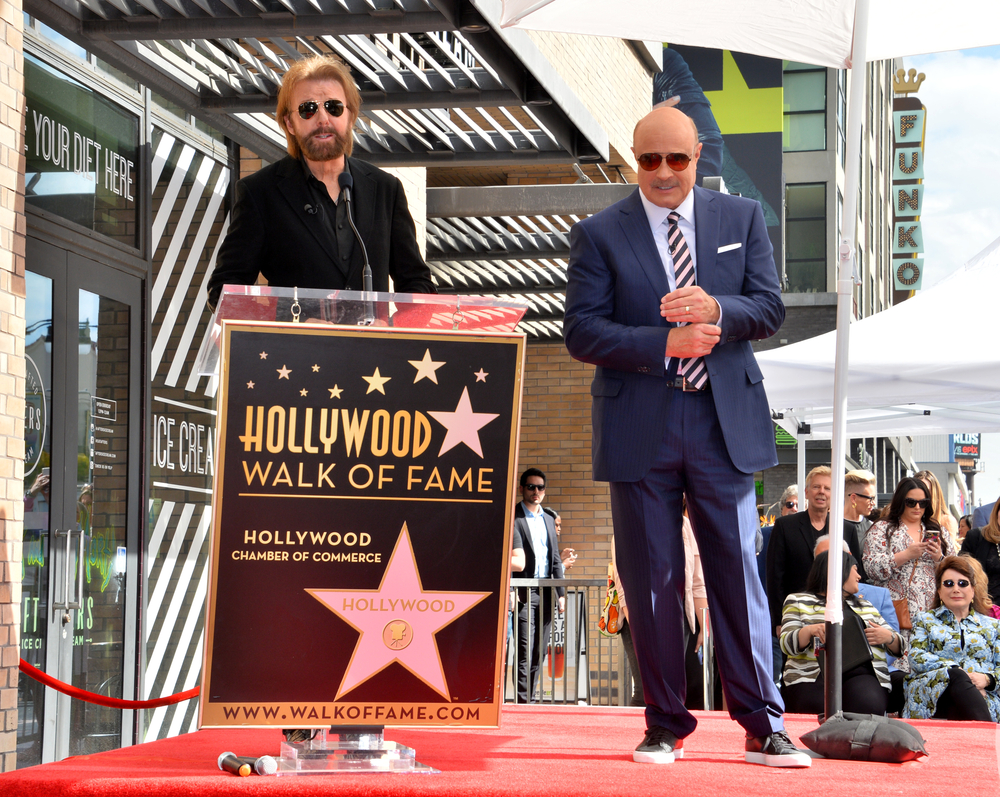 After Dr Phil got his PhD, he worked with his dad at his psychology practice. In 1985, the two of them partnered with a Texas business person named Thelma Box in order to create self help seminars. In 1991, Dr Phil sold his share for three hundred and twenty five thousand dollars.

Dr Phil met Oprah Winfrey in 1995 when she hired CSI for her beef trial, and she was extremely impressed with him particularly, crediting him with her winning the case.

She brought him onto her massively popular daytime talk show for an episode, and he was so popular, he became a weekly fixture. Starting in April of 1998, he was on every Tuesday, in the role of life strategy and relationship expert.

In conjunction with Oprah’s Harpo Studios, Dr Phil created Peteski Productions in 2002, and his TV show began. It’s an advice show with a live studio audience, each episode focused on a specific topic, the guests’ problems all stemming from that theme, and Dr Phil giving them advice.

In 2008, Dr Phil launched a spinoff show called The Doctors, hosted by Dr Travis Stork and executive produced by Jay McGraw, one of Dr Phil’s sons. The show ran through 2019 and won a Daytime Emmy for Best Talk Show out of eight nominations.

Dr Phil also produced Daily Mail TV, as well as a show called House Calls with Dr Phil, where Dr Phil goes to people’s homes, observes their lives in their own environments, and gives them advice.

Dr Phil has also put out books. He wrote Life Strategies in 1999, followed by Family First, Self Matters, and Relationship Rescue.

Dr Phil also founded an online service called Doctor On Demand so patients can have virtual appointments with both therapists and physicians. It launched officially in 2014 and by 2015 had 11,000 physicians on staff. The company expanded its services and bandwidth during the COVID pandemic.

Dr Phil stopped renewing his psychology license in 2006, and the California Board of Psychology decided that the license was not required for him to do his show, as he’s not technically practicing psychology but just giving advise.

This has contributed, however, to Dr Phil being a controversial figure, as many people say that by presenting himself as a doctor, the majority of viewers do treat him with the authority granted to a licensed psychiatrist, which they claim could cause harm.

Dr Phil has had many other controversies. He launched a weight loss brand in 2003 called Shape Up in conjunction with a company called CSA Nutraceuticals.

The company ended up being sued and investigated by the Federal Trade Commission for false advertising, as it couldn’t be proven that there their supplements provided the health and weight loss benefits they claimed.

Furthermore, people pointed out that Dr Phil wasn’t a medical doctor so connecting his Dr moniker and position as respected public figure to it made it even more misleading.

An unauthorized biography of Dr Phil that came out in 2003 and written by reporters Sophia Dembling and Lisa Gutierrez, included numerous allegations brought up against Dr Phil for unethical practices and abuse. A former patient accused Dr Phil of sexual assault in the 80s.

A defamation lawsuit was brought against Dr Phil in 2006. An episode of Dr Phil in which he visited Britney Spears who was currently in hospital was heavily criticised by many professionals in the mental health industry.

He also issued public statements about his opinion about the care Britney was receiving which a spokesperson from Britney Spears called an act of betrayal that caused further harm to her.

A complaint was filed with California’s Board of Psychology, claiming that it constituted Dr Phil practicing psychology, which again is illegal for him to do, in addition to violating doctor patient privilege due to the statements he made to the media after they met.

In 2022, over a dozen employees of Dr Phil, past and present also accused him of fostering a hostile work environment at his show, alleging him of verbal abuse as well as using “fear, intimidation, and racism” as tools against them. They also accused him of emotionally manipulating the guests of his show and treating them unethically.

Dr Phil’s methods as well as the advice he gives have also drawn a great deal of criticism from other psychotherapist. They regard a great deal of his advice to be simplistic at best and actively harmful at worst. Amongst these critics are the National Alliance on Mental Illness, who have called him irresponsible.

On the opposite side of the coin, a study in 2016 showed that viewers of his show were more likely to see professional help for their mental health issues, attributing it to the parasocial bond that Dr Phil’s viewers form with him.
In 2006, Dr Phil received an invitation to deliver the presidential address at the American Psychological Association’s annual convention. There, the APA gave him a Presidential Citation due to the fact that he’d brought awareness of mental health issues to a wider number of Americans than other still living psychologists.

In 2015, the Broadcasting and Cable Hall of Fame inducted Dr Phil into their ranks. In 2020, Dr Phil got a Hollywood Walk of Fame star.

Dr Phil was born as Phillip Calvin McGraw on the first of September in the year 1950 in Vinita, Oklahoma, United States of America. He grew up in Texas with his parents, Anne Geraldine Stevens and Joseph J McGraw Jr, older siblings, Deana and Donna, and younger sibling Brenda.

When Dr Phil was thirteen years old, he worked at a local pizza chain and at a root beer stand. Eventually, Dr Phil moved with his dad to Kansas where Joseph went to study psychiatry, a lifelong dream. While there, he got his schooling at Shawnee Mission North High School.

Dr Phil played football while there, earning a scholarship in the process to attend the University of Tulsa in 1968. Eventually, he transferred to another school: Midwestern State University, which is located in Wichita Falls, Texas, United States of America. There, he studied psychology and graduated in 1975.

He then went on to North Texas State University (which is now called the University of North Texas), where he got an experimental psychology MA and then a clinical psychology PhD, completing in 1979. Afterwards, Dr Phil attended the Wilmington Institute in order to do post doctoral training with a focus on forensic psychology.

Frank Lawlis was Dr Phil’s advisor, and he later went on to be one of the lead staff consultants of the Dr Phil show. 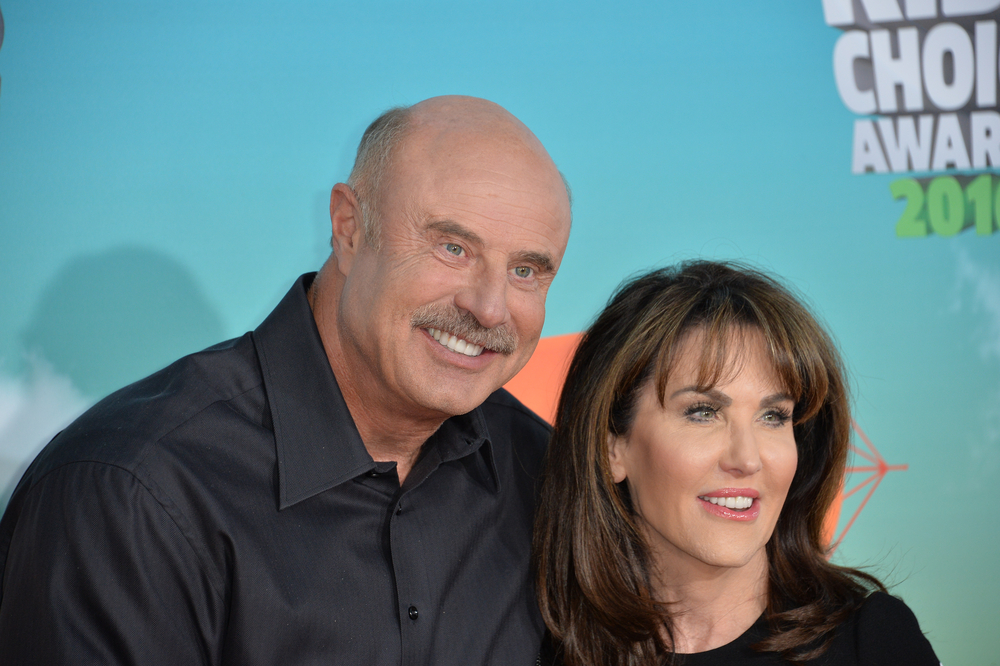 In the year 1970, when Dr Phil was twenty, he married Debbie Higgins McCall. The marriage was not a happy one. Debbie accused Dr Phil of being domineering and refusing to allow her to work on anything but her duties as a housewife.

She also said he was emotionally abusive, forcing her to lift weights so that she’d have a more impressive bust and furthermore claimed that he had cheated on her.

The marriage ended in 1973, when Dr Phil met Robin Jo Jameson. They married in 1976 and remain married to this day. They have two children: Jordan McGraw and Jay McGraw.

Dr Phil is a pilot, with the ability to fly single engine airplanes. Dr Phil is a Christian. Dr Phil created the Dr Phil Foundation, a charity, in 2003.

Dr Phil has accounts on all of the major social media platforms, his most popular being TikTok. It’s a way for him to connect with his viewers, which also contributes to Dr Phil net worth.

Dr Phil does not have a personal Facebook page however the Dr Phil show has an official public verified Facebook account. The Dr Phil Show has over 5 million followers on this popular social media platform.

Dr Phil currently has one and a half million followers on this popular social media platform. Dr Phil is himself following only one hundred and eight people in return as of the present time.

Dr Phil mainly uses his Twitter to share his thoughts and observations with his fans as well as to plug his latest projects, appearances, and episodes, which helps boost Dr Phil net worth.

Dr Phil has an official public verified Instagram account. Dr Phil’s official public verified Instagram account handle is simply @drphil, all lower case letters. Dr Phil currently has over one million followers on this popular social media platform. Dr Phil is himself following only one hundred and four people in return as of now.

Dr Phil mainly uses his Twitter to share his thoughts and observations with his fans as well as to plug his latest projects, appearances, and episodes, which helps boost Dr Phil net worth.

Dr Phil does not have a LinkedIn account as of the present time. This is perhaps not surprising as someone on his level in the entertainment industry doesn’t tend to require the sort of networking that this service provides.

Should the situation ever change, however, and Dr Phil choose to sign up for LinkedIn, we will be sure to update this page with that information. Our goal is to keep our readers informed of all of the latest news about Dr Phil net worth, career, and life.

Dr Phil mainly uses his TikTok to post fun videos to interact with his fans, which helps Dr Phil net worth grow.

Dr Phil’s height is estimated to be about 6 feet, 3 inches, which comes to 191 in cm or 1.91 in meters. Dr Phil’s weight is not a matter available in the public record but it is currently estimated to be approximately 238 pounds, or 108 kilos.