DJ Khaled Net Worth – How Rich Is The Talented DJ?

Who is DJ Khaled? 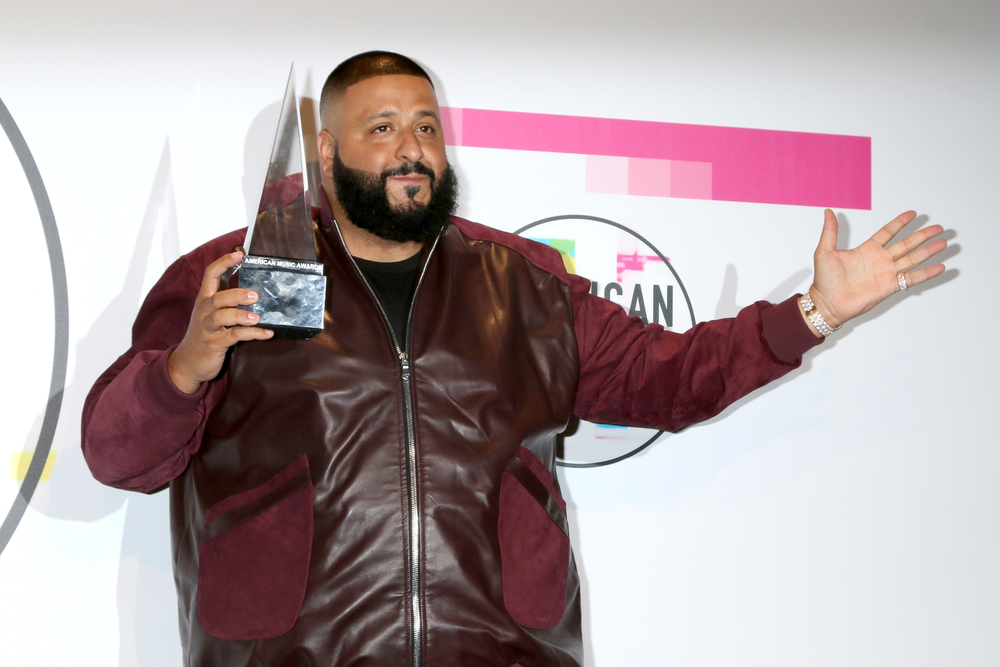 DJ Khaled is the professional stage name of Khaled Mohammed Khaled, a DJ, and record producer and exec. DJ Khaled first gained an audience from hosting a radio show in the ‘90s on 99 Jamz, later working as the DJ for Terror Squad’s live shows.

In 2006, DJ Khaled used those production credits to lead to the release of his debut album, Listennn… the Album. It was certified gold by the RIAA. In 2007, he put out We the Best, with the hit song “I’m So Hood”. Then, he founded the We the Best Music Group label and dropped We Global and Victory, in 2008 and 2010 respectively.

We Global and Victory both landed in Billboard Magazine’s 200 chart in the top 10. Victory featured the song “All I Do Is Win”, which went triple platinum. His next album, which was called We the Best Forever, was also a huge in 2011 and made him internationally famous thanks to the song “I’m On One”.

DJ Khaled has also written a NY Times best selling book called The Keys and acted in the films Bad Boys for Life and Spies in Disguise. 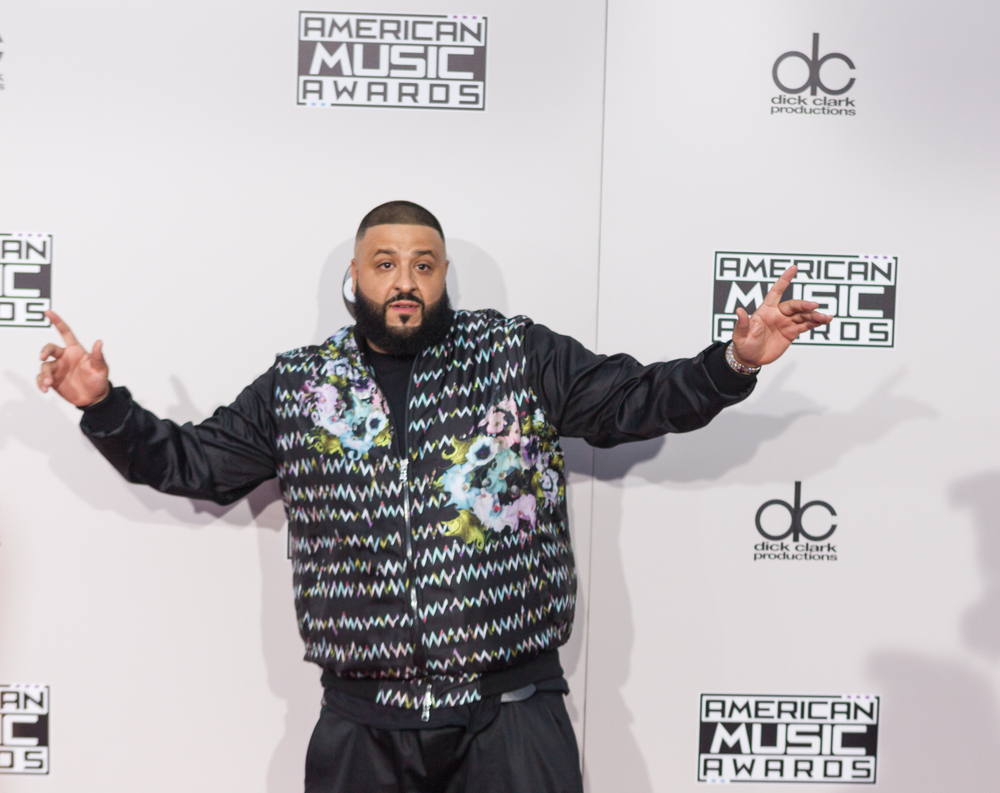 At the start of his career, DJ Khaled became friends with a number of rap and R&B artists who he worked with before they made it big, including Mavado, Lil Wayne, and Birdman. He met the latter two in 1993 while working at Odyssey, a record store.

After DJ Khaled left there, he started DJing in various places, include a pirate radio station. In 1998, DJ Khaled relocated to Miami, Florida, United States of America where he became the cohost of Luther Campbell’s The Luke Show on the WEDR 99 Jamz station. Beginning in 2003, he got his own show, The Takeover.

DJ Khaled has had many stage names over the years, such as Big Dog Pitbull, Arab Attack, Mr Miami, The Don Dada, Beat Novacane, Terror Squadian, and more. He discontinued using Arab Attack after 9/11 happened.

DJ Khaled’s first album dropped in 2006. It was called Listennn… the Album and started off in the 12th spot on Billboard Magazine’s 200 chart in the United States. His second album, We the Best, came out in 2007.

Singles included “I’m So Hood”, featuring Rick Ross, Plies, Trick Daddy, and T-Pain, as well as “We Takin’ Over”, featuring Akon, Lil Wayne, Birdman, Fat Joe, Rick Ross, and T.I. The latter got to the 28th spot on the Hot 100 and 11th on Hot Rap Tracks. The RIAA eventually certified it gold.

In 2008, DJ Khaled dropped another album, We Global, featuring “Out Here Grindin” (which had appearances by Plies, Ace Hood, Trick Daddy, Lil’ Boosie, Rick Ross, and Akon), “Go Hard” (with T-Pain and Kanye West), and “I’m So Hood”, which went platinum.

The Ozone Awards and BET Awards both granted him awards for DJ of the Year in 2008.

In 2009, Def Jam South appointed him as their president. In early 2010, DJ Khaled dropped his 4th album, Victory. Rap and R&B artists who appeared on it included Drake, Rick Ross, Lil Wayne, Nas, Nelly, Ludacris, and Snoop Dogg. “All I Do Is Win” off that album went double platinum. Its other singles were “Fed Up” and “Put Your Hands Up”.

His next album came out in 2011. It was called We the Best Forever and had guests such as Chris Brown, Fat Joe, Keyshia Cola, Cool & Dre, Cee Lo Green, Rick Ross, Jay-Z, Kanye West, Birdman, Nas, Lil Wayne, Nicki Minaj, Drake, Akon, and T.I. Singles included “Welcome to My Hood” and “I’m On One”.

His next album, Kiss the Ring, came out in 2012. It singles were “Take It to the Head”, “I Wish You Would”, and “Bitches and Bottles”. Its guest appearances included Wale, Mavado, Big K.R.I.T., Kendrick Lamar, J Cole, T.I., Tyga, Mack Maine, Kirko Bangz, Jadakiss, 2 Chainz, Big Sean, Meek Mill, Rick Ross, Kanye West, and more.

2013 saw the release of his 7th album, which was called Suffering from Success. Singles included “No New Friends” and “I Wanna Be With You”. In 2014, DJ Khaled dropped his 8th, I Changed A Lot, which included “They Don’t Love You No More” and “Hold You Down”.

In 2015, DJ Khaled put out his 9th album, I Changed A Lot, featuring “How Many Times”. In 2016, DJ Khaled launched a new radio show called We the Best Radio on Beats 1. In the first ep, he premired Furture’s 4th album EVOL. In another episode, he premiered French Montana’s latest mixtape.

That year, DJ Khaled signed up with Roc Nation and dropped his 9th album, Major Key. Its singles included “For Free” and “I Got the Keys”. Guests on the album included Rick Ross, Lil Wayne, Big Sean, Kanye West, Future, and Jay Z (who runs Roc Nation).

In late 2015, DJ Khaled made a bunch of videos that he posted to Snapchat in which he revealed his keys to success. Thanks to his huge personality, they gained a lot of attention online. He soon became a huge meme, which led to him being signed up to advertise Circo Mango and star in an episode of Let’s Get It called Khaled’s Odyssey.

In 2016, DJ Khaled dropped his 10th album, which he called Grateful. Collaborators on this album included such names as Mariah Carey, Migos, Justin Bieber, and Chance the Rapper. It came out in June, and the lead single, “Shining”, had surprise guests Jay-Z and Beyoncé.

That year, he also released a NY Times bestselling book called The Keys.

DJ Khaled made a cameo in a number of promos for the Marvel Cinematic Universe’s first Spider-Man film, Spider-Man: Homecoming. In 2017, DJ Khaled also appeared as himself in the film Pitch Perfect 3, not only performing in one scene but also being the center of an extremely significant plot element.

That year, he also opened for Demi Lovato’s Tell Me You Love Me tour.

The third single was called “Higher”, and had appearances by John Legend and Nipsey Hussle, a rap artist who had passed away by the time it was released. DJ Khaled got his first Grammy for this song.

That same year, DJ Khaled voice acted in the movie Spies in Disguise, and acted in the film Bad Boys for Life.

In 2021, DJ Khaled dropped his 12th album, Khaled Khaled. Its singles were “Popstar” and “Greece”. Its fourteen tracks included appearances by Cardi B and Jeremih. That same year he put out a fashion collection with Dolce & Gabbana.

DJ Khaled was born as Khaled Mohammed Khaled in the city of New Orleans, Louisiana, United States of America, on the twenty sixth of November in the year 1975. His parents were Palestinian immigrants. DJ Khaled also grew up with a brother, Alaa Khaled, who grew up to the be the actor Alec Ledd.

Both of DJ Khaled’s parents were musicians, and so his home was often filled with Arabic music. When he was still a young boy, DJ Khaled got into soul and rap music, which his parents heartily encouraged. As a teen, he got a job in a nearby record store. 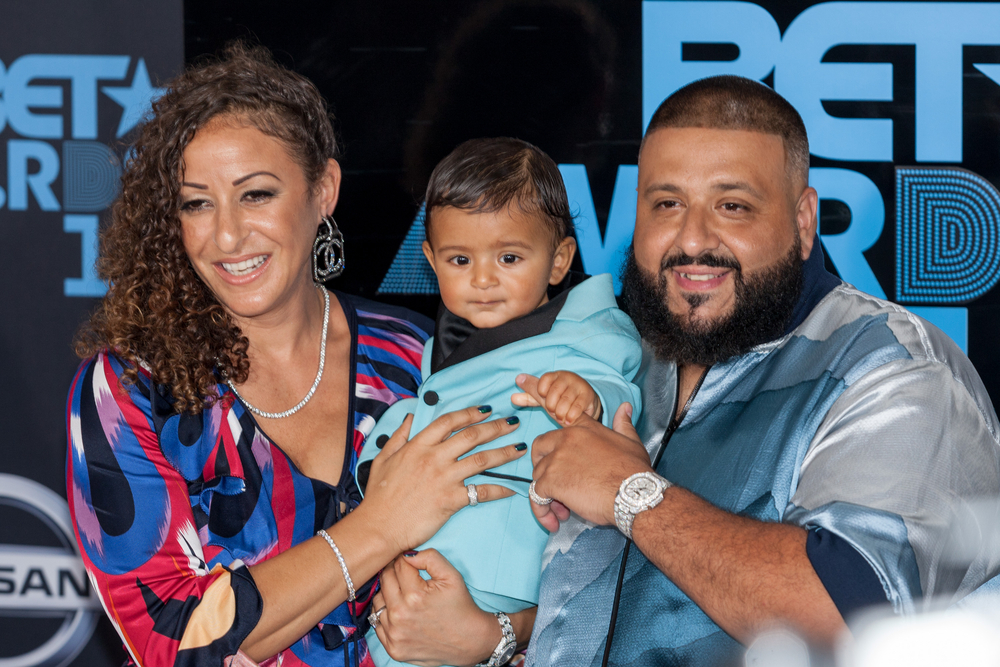 DJ Khaled is married to a woman called Nicole Tuck. In October 2016, they gave birth to their first son, who is called Asahd Tuck Khaled, and in January 2020 they had their second, Aalam Tuck Khaled.

DJ Khaled is a devout follower of the Muslim faith.

DJ Khaled has an enormous social media presence, with accounts on all of the major platforms, all of which have a large number of followers. This active online presence helps connect DJ Khaled with his fans, and make them aware of all of his latest projects, as well as feel a connection with him, which helps increase DJ Khaled net worth.

DJ Khaled mainly uses his Facebook account to post career updates, various plugs for endorsement deals, his latest music, messages to his fans, photos of himself, and so on and so forth. Connecting with his fans this way also helps DJ Khaled net worth continue to grow.

DJ Khaled mainly uses his Twitter account to tweet his thoughts and observations, career updates, various plugs for endorsement deals, his latest music, videos, and so on and so forth. Connecting with his fans via this method is another way that DJ Khaled net worth accumulates.

On this popular social media platform, DJ Khaled has over twenty nine million followers as of the present time. DJ Khaled is himself following over five thousand accounts in return currently.

DJ Khaled mainly uses his Instagram account to post photos and videos of himself, his loved ones, and more. Connecting with his fans via this method also adds to DJ Khaled net worth.

DJ Khaled does not have a professional LinkedIn account as of the present time. Should this situation change and DJ Khaled ever sign up for one, we will be sure to update this page with that information. Our goal is to keep our readers informed of all of the latest news regarding DJ Khaled net worth, career, and life.

On this popular social media platform, DJ Khaled has nearly four million followers and thirteen million likes as of the present time. DJ Khaled is himself following seventy accounts in return currently.

DJ Khaled mainly uses his TikTok account to post videos of himself addressing his fans directly. Connecting with them this way helps DJ Khaled net worth as well.