David Choe Net Worth – How Much Does He Make

David Choe net worth is an impressive $300 million. He is an American artist that mainly focuses on graffiti and painting. However, he is also experienced in murals and the creation of graphic novels.

The reason why David Choe net worth is such an astounding amount and why the artist is so impossibly rich is thanks, in part, to his shares in the well-known social media platform Facebook.

Who is David Choe? 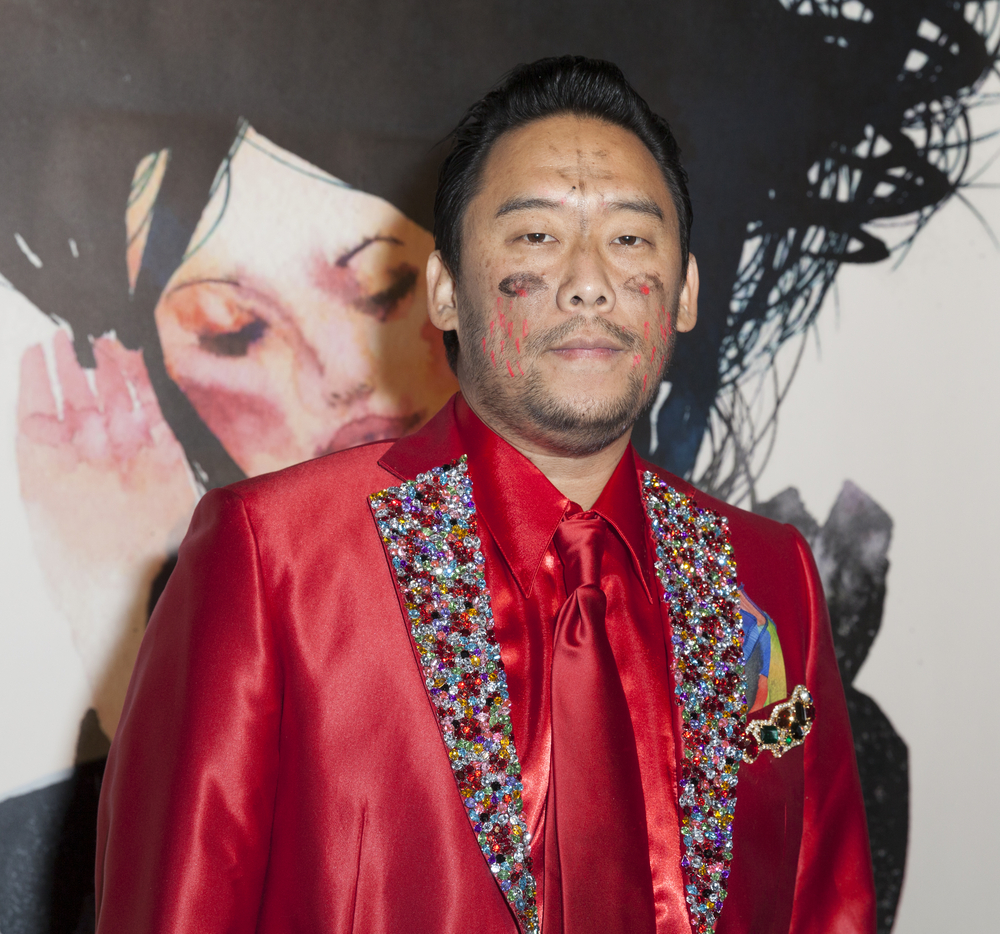 David Choe is a famous fine art artist and his incredible talent means that David Choe’s net worth has climbed to an astounding $300 million. He has received recognition for his fine art as well as gained the admiration and respect of museums, institutions, and fans from around the globe.

David Choe was born in Los Angeles in California in the United States on the 21st of April 1976. His work can be seen in various entertainment and urban contexts.

His work can be seen in magazines including Ray Gun, Vice, and Hustler. And he is also in continuous collaboration with an Asian pop-culture shop called Giant Robot which also has a magazine component.

His style of art is vibrant and rough and he himself has called it “dirty” because of the frenetic and frantic method of applying paint to canvas. His raw work style often features themes of exaltation, desire, and degradation.

The reason for David Choe’s popularity is probably because he works across several forms of media. He is also one of a select handful of fine artists that have successfully jumped from doing only museum work to the world of media. He even has his own show and podcast.

Choe also appeared on a couple of high-profile network shows including VICE on HBO and Anthony Bourdain: Parts Unknown on CNN. These shows both won an Emmy award in the category of an Outstanding Informational Series.

The episodes in which Choe appeared would also be the ones that had the highest viewer count and most comments in each respective season. Howard Stern dubbed Choe “the prince of all media” in 2012 when he appeared on Stern’s show and soon became one of that year’s most popular guests.

There has also been a documentary made about Choe’s life titled Dirty Hands. This documentary would attract the highest attendance at the Los Angeles Film Festival in its premier year and would sell-out shows at New York’s Museum of Modern Art.

David Choe has tried his hand at just about everything, particularly where fine art is concerned. His work has been featured in books, comics, music, apparel, television, and film. Choe has a unique ability to make a success of every new venture.

Perhaps most impressively, Choe has managed to build a client list of some serious heavy-hitters and big names in the industry. Among others, these include DC Comics, Marvel Comics, Fox Searchlight, Sony Pictures, CBS, Warner Brothers, Levi’s, Converse, and Vanity Fair.

Manny Khoshbin Net Worth | How Rich Is The Entrepreneur?

David Choe net worth estimate is currently $300 million. This amount may seem astounding for someone primarily known as a graffiti artist, but a few very smart decisions early on in Choe’s career ensured his success later in life.

Fine art artists that specialize in graffiti style are always high in demand by people who want murals. This is because they are used to painting on walls and understand spaces and urban settings.

Early on in the 2000s, David Choe was a fairly well-known artist but nowhere near as rich as he is today. However, that would soon change. Sean Parker, the founder of Napster, saw Choe’s work around that time and in 2005 he became the president of a startup called Facebook. But Facebook was then only a fledgling company, nowhere near the giant it is today.

Parker decided that he liked Choe’s work so much that he wanted him to paint murals in Facebook’s original building headquarters which was then located in Silicon Valley. Because Choe thought Facebook was a fairly ridiculous idea and because he didn’t like early social media platforms like MySpace either, he decided to charge a hefty $60 000 for the job.

Parker could, of course, pay the amount that Choe charged, but because the company was still in the startup phase, he offered Choe company stock instead. Choe deliberated between the cash and stocks and wondered which was the smarter decision to make. In the end, he decided to take the stock in what was considered a very risky decision as there was no guarantee for success.

However, in 2012, Facebook then went public and its stock was worth $38 per share. This meant that Choe’s stock received on the back of his murals suddenly was worth $200 million and he became a multimillionaire. The stock today is worth upwards of $171 a share.

Although it was a risky decision at the time, taking company stock in Facebook as payment for his murals ultimately played a large part in David Choe’s net worth today.

Jewel Net Worth | How Many Millions Has She Made?

David Choe was born in California on 21 April 1976 in Los Angeles to Korean immigrant parents. His childhood was almost entirely spent in Koreatown in Los Angeles and he has always been interested in graffiti art. His parents were born-again Christians and this played a large role in his early artwork depictions.

During his teenage years, Choe laid the foundation for his adult career as a graffiti fine artist and started spray-painting artwork on the streets. The year 1990 was when Choe really turned his attention to graffiti and the possibility of becoming a graffiti artist. He found inspiration in graffiti artists in Los Angeles named Hex and Mear One.

The very first graffiti that Choe ever did was a Bible verse, specifically John 11:35. The verse states “Jesus wept”. Where other graffiti artists will often create a specific tag that features their name, Choe approached his work in a different manner. He started graffitiing but mostly featured images of figures and faces, whales in a cartoon style, and philosophical messages.

As for education, before deciding to become a full-time artist, David Choe was briefly enrolled at the California College of the Arts. 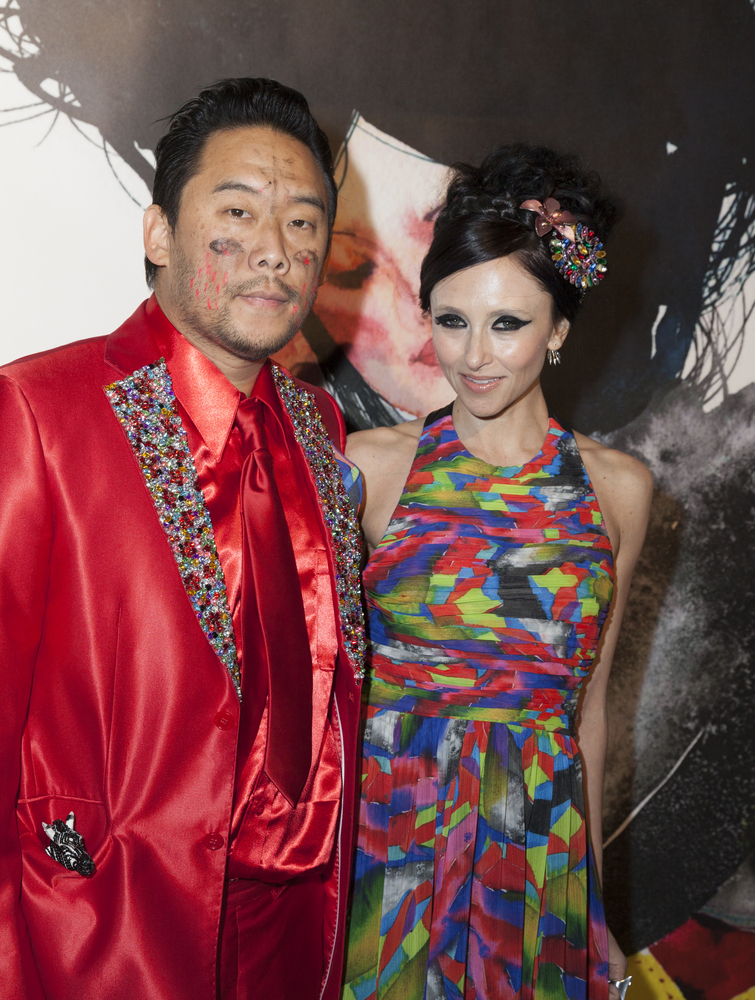 David Choe’s career spans several decades and he is known to be very successful in multiple things. As a young adult, Choe dropped out of high school and started hitch-hiking and traveling the world. Back then he was poor and would often steal to get by.

He spent approximately two years traveling across Europe, Africa, the Middle East, and the United States, before returning home to start his career in earnest.

The Start of David Choe’s Career

David Choe returned to his home city of Los Angeles when he was 21. This was when he briefly attended the only school specializing in fine art that would have him. He spent two years at the California College of Arts and Crafts located in Oakland. As a poor student, he would often steal art supplies, food, and books. He was also still graffitiing in his free time.

Graffiti as an art form can be incredibly beautiful, but it is also often considered a crime. Choe would spend a week imprisoned for graffitiing in public areas and after his prison sentence, he moved back to his Los Angeles family home. It was during this time that Choe tried his hand at journalism and started writing and illustrating for magazines like Vice, Ray Gun, and Hustler.

After being turned down by art gallery after art gallery, Choe hung up his artwork in an ice cream shop named Double Rainbow on Melrose Avenue, a well-known hipster promenade. This was a riot on Choe’s part and an act of defiance, but it turned out well for him in the end.

The customers of the ice cream shop enjoyed this impromptu exhibition so much that the shop showed it for two more years. They would sell the artworks from time to time and contact Choe to replenish the pieces as they did.

David Choe’s ambition to create comic books led him to decide to self-publish a graphic novel. Somewhere in 1996, in a single night, Choe wrote and illustrated a graphic novel that contained 35 pages and a theme of violent sexual obsession. This would eventually become his graphic novel titled Slow Jams.

At first, being the self-starter that he is, Choe decided to create 200 copies of Slow Jams himself using a photocopier. He gave these copies away for free at the 1998 Comic-Con in the hopes of catching the eye of a publisher.

When this didn’t pan out the way he had intended, Choe submitted the novel for the Xeric Grant and received $5000 that he used to self-publish an expanded second edition of 1000 copies. He made the cover price $4 and this edition came out in 1999.

Over the span of the next ten years, Slow Jams gained a cult following and because there were so few copies made, a single copy can be sold for hundreds of dollars nowadays on eBay.

There have been several other ventures in his life that contributed to David Choe net worth today. Although his Facebook stocks have made him a multimillionaire already, his art and books, and journalism also made an impact.

In 2008, his friend who would sometimes live with Choe started to videotape Choe at work making his art and in his general life. For ten years, he basically followed Choe around with a video camera and this footage would later be wrapped up in a documentary about David Choe entitled Dirty Hands: The Art and Crimes of David Choe.

David Choe has done murals for Hollywood heavy-hitters including Heidi Fleiss and his artwork has been featured in various solo shows in San Francisco and San Jose.

After his initial solo shows he also did a solo exhibit featured in 2015 in the Santa Rosa Museum of Contemporary Art. His first solo exhibit in New York was titled Gardeners of Eden and was shown at the Jonathan LeVine Gallery in 2007.

In 2008 Choe did his first solo exhibition in the UK entitled Murderous Heart in the Lazarides Gallery in both Newcastle and London.

David Choe currently has his very own podcast that he started in 2013. The podcast has an overtly sexual theme and features an adult film star named Asa Akira. It is a lifestyle and entertainment podcast titled DVDASA. Choe has often said that the podcast is merely an extension of his art and should be viewed as fiction.

In 2013 he also showed he was an adept watercolor artist and did a solo exhibition at the Museo Universario del Chopo in Mexico City. David Choe disappeared from the art scene for a while between 2013 and 2017 and went for various treatments and extensive therapy sessions.

However, in 2017 he burst back onto the art scene with an entirely new body of work as well as a fantastic exhibition hosted in Los Angeles. The theme of this exhibition features self-reflection, trauma, and hope for recovery.

David Choe is a very controversial artist and his work often features scenes of a sexual nature. His themes are often also embroiled in degradation, passion, and violence, and his style is raw and he himself has called it “dirty”. However, his work is also colorful, and intricate, and shows his talent and years of dedication to graffiti art.

David Choe net worth is $300 million and the multimillionaire made most of his money from Facebook stocks. These stocks he accumulated by doing murals in the Facebook headquarters and this would also be the start of his long career as an artist.