Chiquis Rivera Net Worth – How Much Does She Make? 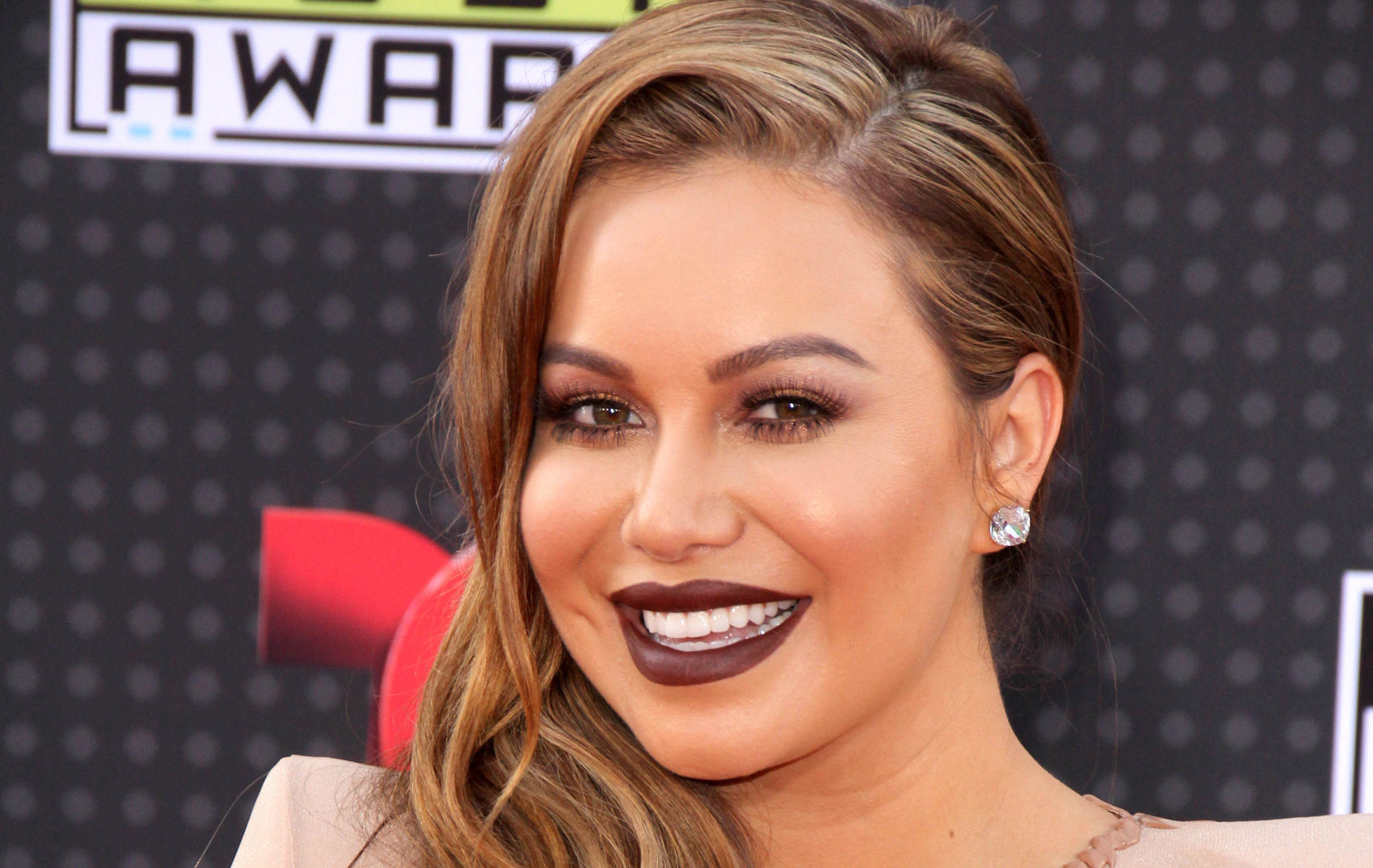 Chiquis Rivera’s net worth is estimated to be at between $5 and $8 million. What seems to be the major source of her income streams seems to be her high status in the music industry, her fame as a reality TV star, and her concert performances.

She has had a number of hit songs and continues to sell a great deal of albums. All of this, of course, originally occurred due to being the daughter of superstar Regional Mexican singer/songwriter Jenni Rivera, who not only got her started in the industry with her name and influence but also produced her first reality show.

This garnered her a huge audience. Part of Chiquis Rivera’s net worth is also the result of her share of the huge settlement her family was granted as a result of suing the company that owned the Learjet that crashed, killing her mother along with five other people.

Who is Chiquis Rivera?

Chiquis Rivera is an American TV reality star and singer whose name at birth was Janney Marín Rivera. The late famous Regional Mexican singer Jenni Rivera was her mother.

She was Jenni’s first child. Chiquis is best known for appearing in the reality shows Jenni Rivera Presents: Chiquis & Raq-C and I Love Jenni. She has also released three albums and two memoirs.

Chiquis Rivera first really entered the public eye at the age of 24 in 2010, via the reality TV show produced by her mother, Jenni Rivera Presents: Chiquis & Raq-C.

It focused on Chiquis and her best friend, Raq-C, who was at the time a talk radio show host on the popular Latino 96.3 station in Los Angeles. The show aired on the bilingual cable channel mun2.

In an interview with the Los Angeles Times, Raq C said, “We’re giving you our reality, none of that scripted stuff. It’s just me…[and] Chiquis being who we are — the genuine girls who aren’t embarrassed to eat tacos and sopes. Who aren’t afraid to speak our minds.

“We’re like a lot of girls in a lot of ways. We do sometimes worry about our body image, having cellulite and bad skin. It’s definitely not like ‘The Hills.’ We’re not practicing lines. We’re very unexpected. We’re in your face.”

The show followed the friends around Hollywood, often in sweatpants and without makeup, as part of their commitment to be “real” compared to other reality stars. Plot lines over its single 13 episode season focused on things such as Chiquis’ struggles handling her mother’s enormous business empire and Raq-C’s attempt to buy a house.

“It took a while to get used to the cameras,” Chiquis told the Los Angeles Times. “It was an education in how to feel more comfortable in my own skin. I let loose on the show.

It’s going to be very surprising to see how my mom and uncles react after each episode. They’re going to see a side of Chiquis that they don’t usually see. It’s a little weird. I’m kind of nervous.”

Although a second season of Jenni Rivera Presents: Chiquis & Raq-C never came to fruition, the TV channel Universo instead greenlit a spin-off series focusing on Jenni herself called I Love Jenni, which ran for three seasons from March 5, 2011 until August 11, 2013. The third was produced and aired after Jenni’s tragic death and was the most watched show the network ever aired.

Chiquis may not have been the star of this particular show, but she made many appearances, being Jenni’s daughter. In 2012, she again got her own show, Chiquis ‘N Control, which ran for one season on mun2.

It focused on Chiquis’ struggle to open a new hair salon, which required her to sell off a great deal of her luxury goods in order to raise the money. “It’s a show based on my life now,” Chiquis told Channel Guide Magazine in July 2012.

“I have moved out of my house. I’ve left the nest. That’s huge in my life. I mean, it’s a huge transition…So not only that, I just opened up my own business. It’s a salon—a blow-dry salon—in the city of Encinitas, called Blow Me Dry. So it’s been quite the experience.”

At the start of 2014, Chiquis launched her singing career. She released her very first single “Paloma Blanca,” which was a tribute to Jenni, her recently deceased mother. That same year, she made her live international TV singing debut at Premios Juventud, an award show broadcast on Univision, singing “Esa No Soy Yo”.

That year, she also had a web series called Chiquis Confidential on which she let viewers in on the grieving process for her mother that she and her family were undergoing. For the show, she returned to living in Jenni’s house with her aunt Rosie and her siblings, and the cameras followed them around.

In 2015, Chiquis released Ahora, her first album. She told the Miami Herald, “I called it Ahora because it’s about living in the moment and appreciating the now. I feel that’s how my life can be summed up. It really has a little bit of everything – pop mixed with banda…I don’t know anyone who listens to just one type of music – it’s universal and brings everyone together.”

That same year, she also released a memoir called Forgiveness about her loving but tempestuous relationship with her mother. Then, in 2016, she and her siblings became the stars of yet another reality series, The Riveras, about them all trying to succeed in life while following their mother’s legacy. It ran for 4 seasons and aired 49 episodes between 2016 and 2019.

In 2018, Rivera’s second album, Entre Botellas, came out, featuring a duet with her dead mother. Her third album, Playlist, came out in 2020 and won her a Latin Grammy.

In 2022, she released yet another memoir about her career, divorce, and continued mourning of her mother called Unstoppable: How I Found My Strength Through Love and Loss. The book covers her divorce, various career highs, and conflicts with family, including her battle with her aunt Rosie, who used to be the manager of her company, and her uncle Juan.

Speaking to Rolling Stone about the book, she said, “Ever since I wrote Forgiveness, I knew there was going to be a second book—and there will be a third, probably. There is so much that has been said about my personal and professional life—a lot of accomplishments, a lot of hardships, a lot of things that were public.

“I just felt like, ‘You know what? I want to share my story and let people know that when you go through something hard, you can always come out better.’”

Janney Marín Rivera, known as Chiquis Rivera, was born on June 26, 1985. Like fellow reality television performer Constance Nunes, she was also born in Los Angeles, California. She grew up as the daughter of a mother who eventually became an international celebrity, and she herself later found fame herself through her mother’s influence.

Chiquis Rivera’s parents were legendary Regional Mexican superstar, Jenni Rivera, and José Trinidad Marín, Jenni’s first husband. Jenni had her when she was still a high school student and only married José afterwards. Her parents went on to have two other children together, Jacquelin and Mikey.

Jenni divorced José in 1997 after her sister, Rosie Rivera, told Jenni that not only had José sexually assaulted her in the past but that he was currently molesting Chiquis. Horrifyingly, a physical examination of Chiquis’ younger sister, Jacqie, revealed that he had molested her as well.

After the case was opened, José went on the run for 9 years but in April 2006 was finally apprehended by the authorities. He was convicted of rape and sexual assault and was found guilty of six of the nine charges brought against him in May 2007. He was sentenced to 31 years in prison with no chance of parole.

Jenni Rivera then went on to marry a second husband, Juan López, and had another two children with him, a daughter Jenicka and son Juan Angel, Chiquis’ half-siblings. Years later, she and all of her siblings would appear on the reality show, The Riveras.

Chiquis and Jenni had a major falling out in October 2012, just a short time before Jenni’s tragic death. In 2015, Jenni’s memoir, Forgiveness, revealed what was behind their unfortunate rift. It apparently sprang out of a rumor that Chiquis had had an affair with Jenni’s third husband, Esteban Loaiza.

Chiquis denied the accusation in the book and continues to to this day. She says that her mom had been surrounded by “toxic voices” when she was experiencing a low mental health period. This led Jenni to question her daughter’s loyalty to her as well as her husband’s faithfulness.

At some point, Jenni had become obsessed with home security video footage of Chiquis leaving Jenni and her husband’s master bedroom, deciding it was proof that her daughter and husband had had an affair. She rewatched it so often that Chiquis thinks she convinced herself it was true that Chiquis had snuck back to the house to have sex with Loaiza.

Jenni had wanted to reconcile with her mother only three days before her untimely death, but unfortunately never got the chance to. This is amongst the many emotional issues surrounding her grief that she dealt with by writing two memoirs and starring in multiple reality shows about it.

In a recent interview with Page Six, Chiquis called her mother “a very tough woman”. But she also said, “I don’t judge her because…we were 15 years apart. We were like sisters. She would always tells me, ‘You didn’t come with a manual…What did I do with you?’ So we were kinda like sisters, a beautiful relationship. It just had its hard moments, for sure.”

In June 2019, Chiquis got married to Lorenzo E. Mendez Ronquillo, a singer from the musical group, La Original Banda El Limón. In so doing, she became the stepmother to a daughter who Lorenzo had had from his last marriage. They were divorced on September 17, 2020, based on a mutual decision from both parties, according to Chiquis’ social media posts.

Rivera’s religion is Presbyterian and she continues to attend church on a regular basis along with her family with whom she is very close.

Chiquis Rivera has an extremely active presence on social media and posts regularly on a variety of major platforms.

Chiquis Rivera has an active Twitter account where she tweets on a regular basis. Her username is @Chiquis626. She has over 616,000 followers and is herself currently following 1,014.

Chiquis Rivera has an even more popular Instagram than Twitter. Her account is @chiquis. On this platform, she has 5.1 million followers and is currently following 2,885. She tends to post glamour shots of herself along with clips from her music videos, and plugs for her various albums, products, etc.

Chiquis Rivera does not appear to have an active public LinkedIn account at the present time.

Chiquis Rivera has an extremely active TikTok account, where she often posts makeup videos, as well as clips of her dog. The account name is @chiquisofficial. She has 3.1 million followers and is following 99 people.

Chiquis Rivera is 5 feet, 5 inches tall, which is 165 in centimeters. Her weight is not public knowledge but has been estimated to be at about 154 pounds, which is 70 in kilograms. Her hair color is dark brown and her eye color is light brown.