Channing Tatum Net Worth – How Rich Is The Famous Celebrity?

Who is Channing Tatum? 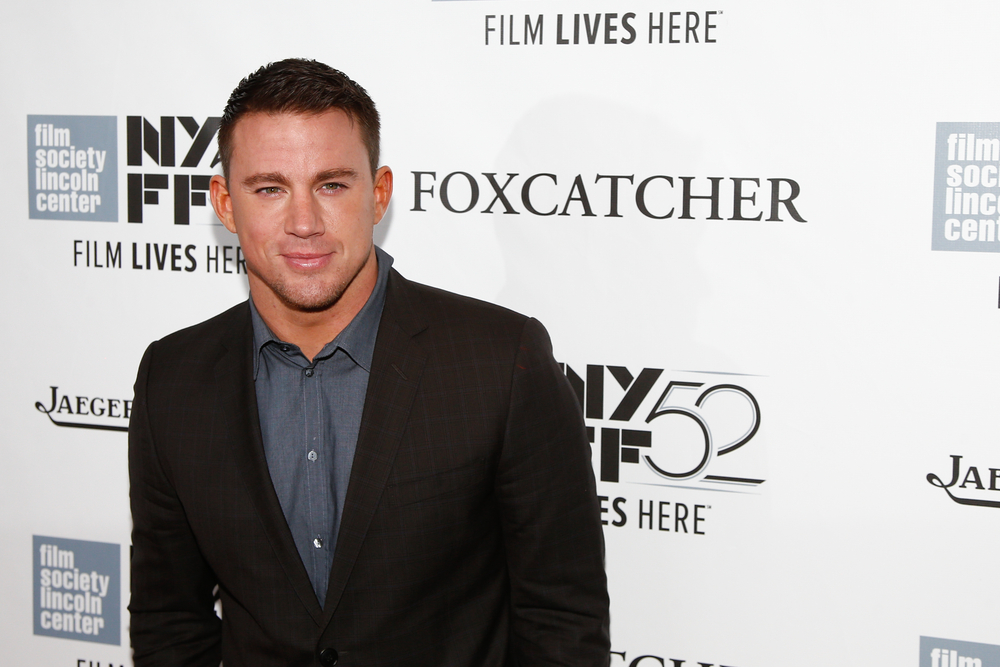 Channing Tatum, whose full name is Channing Matthew Tatum, is a film actor as well as a film producer. Channing Tatum’s first film was the drama Coach Carter, which was released in the year 2005. It was the next year, however, that Channing Tatum had his breakout role, in Step Up, a dance film released in 2006.

Arguably Channing Tatum’s most well known role is that in the male stripper extravaganza film Magic Mike in 2012 and its even more outlandish and comedic follow-up, Magic Mike XXL in 2015, which Channing Tatum produced as well. 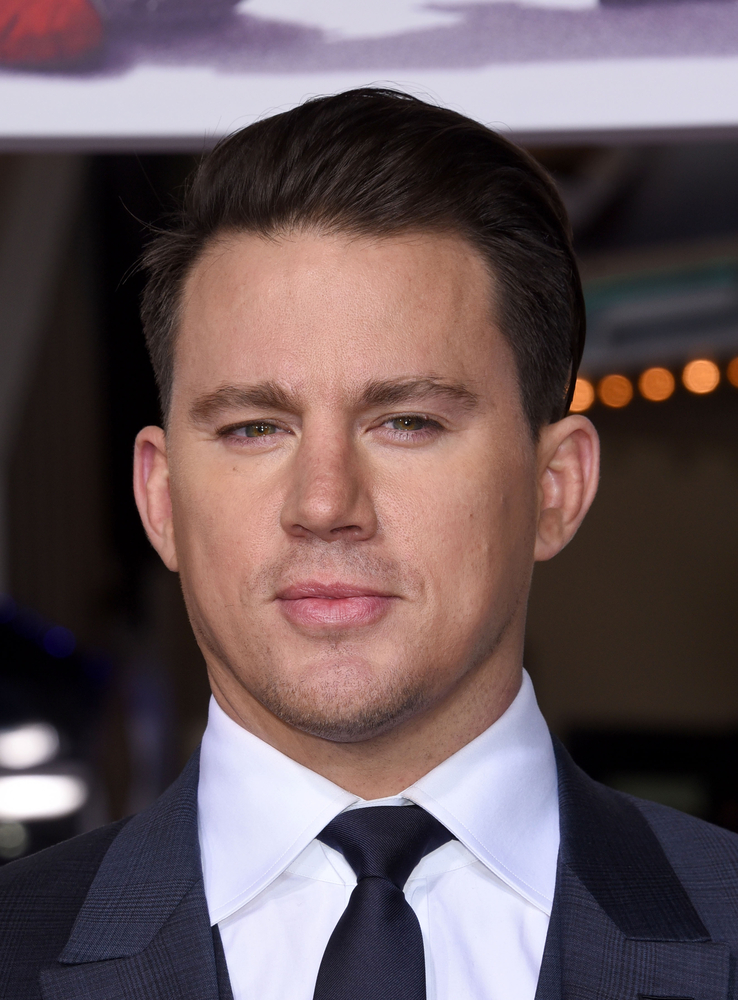 Channing Tatum’s screen career really took off when he was hired to be a dancer in the music video for Latin music sensation Ricky Martin’s hit single “She Bangs”. Channing Tatum auditioned in Orlando, Florida, United States of America, and got four hundred dollars for the gig.

Channing Tatum then started working as a model for big fashion industry names such as Abercrombie & Fitch and Armani. Soon afterwards, in 2002, Channing Tatum transitioned to TV adverts, getting huge national commercial spots for Pepsi and Mountain Dew.

A Miami modeling agency called Page 305 signed Channing Tatum up for a contract. Al David cast him for a spread in Vogue, and not long after he was appeared on ads for Nautica, Emporio Armani, American Eagle Outfitters, Dolce & Gabbana, and Abercrombie & Fitch.

Tear Sheet Magazine listed him as one of 2001’s 50 Most Beautiful Faces. Channing Tatum moved to New York City where he signed a contract with Ford Models.

Channing Tatum got his first big screen break in 2006 being cast as the romantic lead in the Amanda Bynes vehicle She’s The Man, which was a modern teen twist on the classic William Shakespeare comedy Twelfth Night.

Critics at the time favorably compared it to 10 Things I Hate About You, which had been a modern adaptation of The Taming of the Shrew.

That same year, Channing Tatum appeared in the dance film, Step Up, which was a big box office hit despite bad reviews.

In 2008, Channing Tatum got a big part in the movie Stop Loss, which was about American soldiers coming back after the Iraq War, and another in a movie called Battle in Seattle. He also appeared in Rita Wilson’s short film called The Trap.

Channing Tatum appeared in A Guide to Recognizing Your Saints as well as Fighting, playing a character named Sean McArthur who scalped tickets in NYC. In 2009, he played the role of Pretty Boy Floyd in the gangster flick Public Enemies. Then, he was the lead of G.I. Joe: The Rise of Cobra, Duke, a live action version of the cartoon.

Then, Channing Tatum took the role of yet another solider in a film called Dear John, based on a Nicholas Sparks novel.

Channing Tatum and his then wife Dewan teamed up with a partner Reid Carolin to begin to produce films with Relativity Media in 2010. In 2012, he hosted SNL and starred in Haywire, The Vow, and also 21 Jump Street.

Channing Tatum next had his career defining role, starring as a stripper in Magic Mike, a film that he co produced with Steven Soderbergh, who also directed it. The plot was about Channing Tatum playing a stripper who took a younger stripper played by Alex Pettyfer under his guidance.

Next, Channing Tatum acted in Side Effects, another Steven Soderbergh production. He then did the G.I. Joe: The Rise of Cobra sequel, G.I. Joe: Retaliation in 2013, however only showed up briefly at the start before his character was killed. He hadn’t wanted to do the sequel so was happy it was only a brief appearance.

That year, Channing Tatum also had a role in White House Down as well as returned for the 21 Jump Street sequel called 22 Jump Street, which came out in 2014. That same year, he also appeared in Foxcatcher alongside Steve Carell.

In 2022, Channing Tatum starred alongside Academy Award winner Sandra Bullock in a romance comedy action film called The Lost City, whose concept is similar to that of the classic 1980s film Romancing the Stone with Michael Douglas, Kathleen Turner, and Danny DeVito.

Channing Tatum currently runs two separate production companies. The first is called 33 and Out Productions, and the second is called Iron Horse Entertainment. Earth Made of Glass, a documentary, was their first release.

Upcoming films for Channing Tatum include a thriller called Pussy Island directed by his current romantic interest Zoë Kravitz, as well as the third and final film in the Magic Mike trilogy, currently title Magic Mike’s Last Dance, which will also be directed by Steven Soderbergh.

Channing Tatum grew up with a sister whose name is Paige. Both of his parents’ ancestry mostly comes from England.

Channing Tatum had trouble in school as a young boy due to both having dyslexia as well as attention deficit disorder, neither of which were as understood back then as they are in today’s world.

Because he wasn’t great at academics, Channing Tatum largely focused on sports as a kid, playing football, American football, baseball, and track, and often finding himself distracted by girls in his class. Channing Tatum also studied wuzuquan kung fu as a kid.

Channing Tatum’s teen years were largely spent around Tampa and he at first went to Gaither High School, the public school in the area. His parents, however, felt he needed more attention so wanted to enroll him in a private school or military school and let him choose.

Channing Tatum selected Tampa Catholic High School. He got his diploma in 1998, and the class voted him the most athletic student in their year. Afterwards, Channing Tatum got a football scholarship to go to Glenville State College, located in Glenville, West Virginia, United States of America.

He didn’t stay at the school long however, soon afterwards dropping out and moving back home to work some small jobs. At first, he did roofing work but eventually transitioned to stripping at a nightclub, using the stage name Chan Crawford. This ended up forming the basis for what would be the film Magic Mike.

Channing Tatum eventually picked up and moved himself to Miami, Florida, United States of America, where a talent scout finally discovered him and his career took off from there.

Channing Tatum was first married to Jenna Dewan in July of the year 2009. She is an actress who co starred with him in the dance film Step Up, his first big screen break. In 2013, they had a daughter. They divorced by the end of the year 2019, after having announced their separation in early 2018.

Channing Tatum has a presence on all of the major social media platforms, which helps Channing Tatum net worth continue to flourish.

Channing Tatum uses his official public verified Facebook account to plug career updates about his latest projects, as well as to post photos of himself and to connect with his fans which, particularly in helping to keep them aware of his new films, etc., helps contribute to Channing Tatum net worth.

On this popular social media platform, Channing Tatum has over seven and a half million followers as of the present time. Meanwhile, Channing Tatum is himself following over three hundred people in return currently.

Channing Tatum uses his official public verified Twitter account to share his thoughts and observations, plug career updates about his latest projects, as well as post photos of himself and connect with his fans which, particularly in making them aware of his new films, helps contribute to Channing Tatum net worth.

On this popular social media platform, Channing Tatum has over seventeen million followers as of the present time. Meanwhile, Channing Tatum is himself following nearly twenty two hundred people in return currently.

Channing Tatum uses his official public verified Twitter account to plug career updates about his latest projects, as well as to post photos of himself, which helps contribute to Channing Tatum net worth.

Channing Tatum does not have an official public verified LinkedIn account.

Should this situation change at any point in the future and Channing Tatum choose to sign up for one, we will be sure to update this page with that information. Our goal is to keep our readers informed of the latest news on Channing Tatum net worth, career, and life.

Channing Tatum uses his official public verified Twitter account to post short funny videos in order to connect with his fans which helps contribute to Channing Tatum net worth.

Channing Tatum’s height is not a matter that is currently available in the public record, however it is estimated to be about 6 feet and 1 inch, which comes to 185 in cm and 1.85 in m.

Channing Tatum’s weight is not a matter that is currently available in the public record, however it is currently estimated as being at about approximately 196 pounds, or 89 kilos.