Cameron Diaz Net Worth – How Rich Is The Famous Actress?

Who is Cameron Diaz? 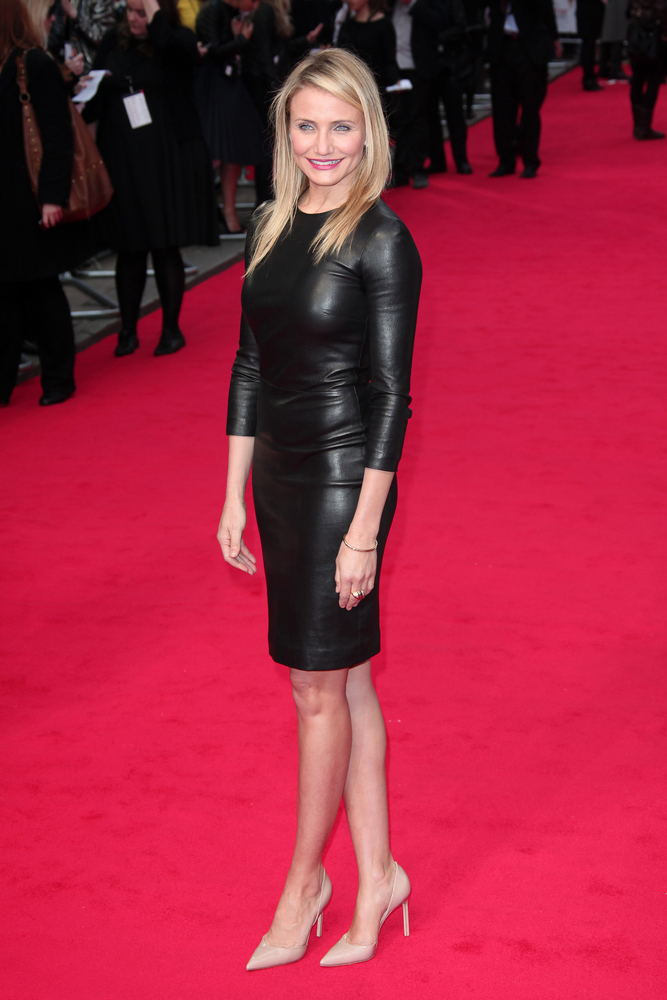 Cameron Diaz (full name: Cameron Michelle Diaz) is an actor who has found great acclaim, winning a BAFTA Award and earning 4 Golden Globe nominations over the years. In 2013, Cameron Diaz was Hollywood’s highest paid female actor over forty years old. As of last count in 2018, Cameron Diaz’s films have raked in over $7 billion at the global box office.

The films Cameron Diaz are most known for are the Jim Carey film The Mask (her screen debut), My Best Friend’s Wedding, There’s Something About Mary, Charlie’s Angels, Charlie’s Angels: Full Throttle, Being John Malkovich, Vanilla Sky, Gangs of New York, Any Given Sunday, and the various films in the Shrek animated franchise. 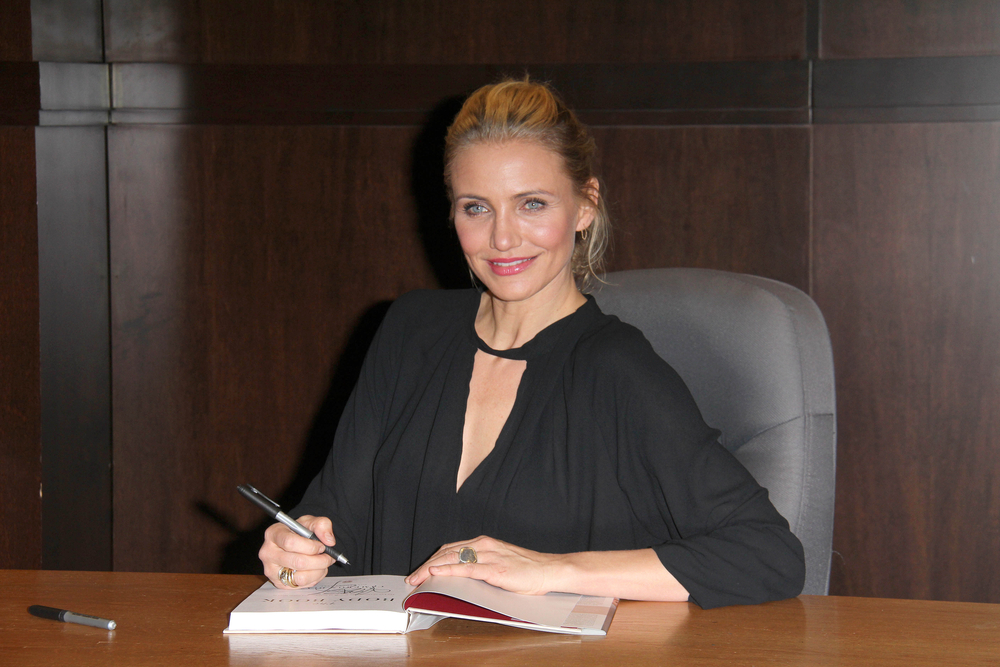 Cameron Diaz auditioned for her role in the classic Jim Carey comedy film The Mask when she was only 21, and she got the part despite having no experience in acting at the time. She took lessons in acting after being cast. The Mask was a huge hit, one of the biggest of 1994, and made Cameron Diaz a star.

In 1995, Cameron Diaz starred in a small indie black comedy called The Last Supper about a group of liberal grad students who invite a band of conservative extremists to dinner with plans to murder them all. In 1996, Cameron Diaz had a role in Feeling Minnesota, alongside Keanu Reeves, Courtney Love, and Vincent D’Onofrio.

Later that year, Cameron Diaz co starred with Jennifer Aniston in Edward Burns’ She’s the One and then Head Above Water. Next, she was cast in the Mortal Kombat film but had to quit due to breaking her hand during training.

In 1997, Cameron Diaz appeared in the quirky action comedy A Life Less Ordinary, and then had her next huge hit in the smash romcom My Best Friend’s Wedding, starring Julia Roberts, which was one of the top grossing romantic comedies ever released by a major studio.

In 1998, Cameron Diaz had her next career defining role in the Farrelly Brothers’ There’s Something About Mary. It became the United States’ biggest comedy of 1998 and the year’s 4th best grossing film. She got a Golden Globe nom for her role. That same year, Cameron Diaz also starred in Very Bad Things, which got bad reviews.

In 1999, Cameron Diaz had a role in Spike Jonze’s film Being John Malkovich, a film that got critical raves and was a success at arthouse cinemas. Cameron Diaz got nominations from the BAFTAs, the SAG Awards, and the Golden Globes, but not from the Oscars, a decision that gained the Academy a great deal of media backlash.

That same year, Cameron Diaz also had a role in Oliver Stone’s Any Given Sunday, with Al Pacino. It gained mixed reviews but was a huge hit.

In 2000, Cameron Diaz made another of her iconic screen appearances, this time in the film adaptation of the 1970s TV series Charlie’s Angels, co-starring Lucy Liu and Drew Barrymore. It was a massive hit.

In 2001, Cameron Diaz had a role in the indie film The Invisible Circus, and then Vanilla Sky with Tom Cruise. For the latter film, she again got Golden Globe and SAG Award nominations, in addition to noms from the American Film Institute and the Critics’ Choice Awards.

That same year, she played the voice of Princess Fiona in Shrek, another global phenomenon film that impressively earned the first ever Oscar in the category of Best Animated Feature. The film set off a major franchise.

In 2002, Cameron Diaz was the star of the romcom The Sweetest Thing, which became a bit of a cult classic amongst female and gay audiences of that generation. That year, she also appeared in Martin Scorsese’s Gangs of New York, playing Leonardo DiCaprio’s love interest, a huge hit commercially and critically.

In 2007, Cameron Diaz returned again as Fiona in Shrek the Third as well as in a Shrek Christmas special for TV. In 2008, she starred with Ashton Kutcher in What Happens in Vegas, which did well despite poor reviews. In 2009, Cameron Diaz starred in The Box and My Sister’s Keeper.

In 2010, Cameron Diaz was ranked by Forbes Magazine as the wealthiest female celebrity, and #60 overall. That year, she once again reprised Princess Fiona for the fourth Shrek film, Shrek Forever, which got poor reviews but huge box office.

That year, she also appeared in Knight and Day with Tom Cruise, in a post-Vanilla Sky reunion. Knight and Day drew poor reviews and had a disappointing first weekend but eventually grew to become a bit of a sleeper hit.

In 2011, Cameron Diaz played a journalist named Lenore Cast in The Green Hornet, a Seth Rogen-starring remake of a superhero film from the 1940s. The film gained dismal reviews but fared fairly well in cinemas. That year, she also appeared in Bad Teacher with Jason Segel and Justin Timberlake. Again, it got poor reviews but was a hit.

In 2012, Cameron Diaz acted in the all-star film What to Expect When You’re Expecting, her role only taking two weeks to film. It ended up continuing her string of poorly reviewed films that were nonetheless successful at the box office.

Later that year, she also appeared in Gambit, which had a script by the Coen Brothers and was a critical and commercial flop, as well as playing the voice of Sigmund Freud in a British comedy called A Liar’s Autobiography, based on the life of Graham Chapman of Monty Python fame.

In 2013, Cameron Diaz appeared in The Counselor, directed by Ridley Scott and also starring Brad Pitt, Penélope Cruz, Javier Bardem, and Michael Fassbender. The film got poor reviews overall, but her role was highly praised by critics.

In 2014, Cameron Diaz starred in The Other Woman, Sex Tape, and finally Annie. In this last film, which updated the classic stage musical and earlier film by casting a Black child in the role of the iconic orphan and interpolating contemporary and hip hop music into the soundtrack, Cameron Diaz played the iconic cartoonish villain Miss Hannigan.

After Annie, Cameron Diaz at first announced a break from acting, and then in 2018 announced that she had decided to retire from acting altogether.

In 2013, Cameron Diaz wrote a health focused book called The Body Book: Feed, Move, Understand and Love Your Amazing Body, along with a co-writer, Sandra Bark. It made the prestigious New York Times Bestseller list. In 2016, Cameron Diaz released The Longevity Book: The Science of Aging, the Biology of Strength, and the Privilege of Time.

In 2019, Cameron Diaz briefly returned to acting by appearing in a cameo in the new Charlie’s Angels film directed by Elizabeth Banks. In 2022, she was a guest judge of RuPaul’s Drag Race All Stars 7. 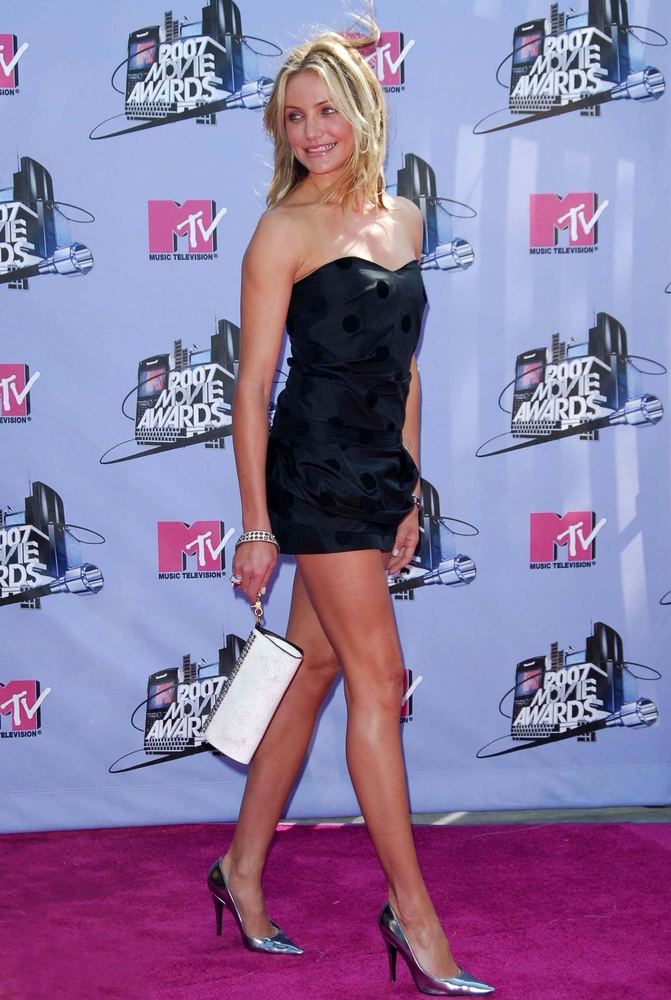 Cameron Diaz was born as Cameron Michelle Diaz on the thirtieth of August in the year 1972 in the city of San Diego, California, United States of America. Cameron Diaz’s dad was an oil company foreman named Emilio Diaz, and her mom was an agent responsible for imports and exports called Billie Early Diaz. Her dad’s family came from Cuba.

Cameron Diaz grew up in Long Beach, California, United States of America, where she went to Los Cerritos Elementary School as a kid and Long Beach Polytechnic High School as a teenager. One of her classmates at the time was the later famous rapper Snoop Dogg.

When she was sixteen years old, Elite Model Management signed up Cameron Diaz for a contract, which led to her landing gigs in Levi’s and Calvin Klein ads. By the time she was seventeen in 1990, Cameron Diaz landed the cover of Seventeen Magazine. They also flew her out to Australia for a few months to model, where she shot a Coke commercial.

When she was nineteen in the year 1992, Cameron Diaz was video recorded and photographed topless by a professional photographer named John Rutter. At the time, the pictures weren’t released, but around 2003, he offered to sell her the photos for $3.5 million before going to other places.

Seeing this as attempted blackmail, Cameron Diaz sued John Rutter. Shortly thereafter, video of the shoot appeared online, though he denied that he’d been responsible. The next year, he was sent to prison for over 3 years for charges including perjury, forger, and attempted grand theft.

In 2015, Cameron Diaz got married to Benji Madden, a guitarist from the band Good Charlotte. They had a daughter by using a surrogate in December of the year 2019.

Cameron Diaz has a healthy social media presence on some, though not all, of the major platforms, which undoubtedly helps contribute to Cameron Diaz net worth.

Cameron Diaz mainly uses her Facebook to post photos of herself, messages to her fans, career updates, including plugs of her latest projects, information about her books, interviews, articles, press coverage, and so on and so forth. This method of connecting to her fanbase also helps increase Cameron Diaz net worth.

There is a Cameron Diaz Twitter account, however it is not currently verified, so while it seems legitimate, it is difficult to tell whether it’s actually run by her and/or her people or not, and furthermore it hasn’t been updated in years.

Should the situation change at any point and this account get verified at any point in the future, or should Cameron Diaz open a new one, we will be sure to update this page with that information. Our goal is to keep our readers informed of all of the latest news regarding Cameron Diaz net worth, career, and life.

On this popular social media platform, Cameron Diaz has 9.6 million followers as of the present time. Cameron Diaz is currently following 118 accounts in return.

Cameron Diaz mainly uses her Instagram account to post photos and videos of herself, messages to her fans, career updates, including plugs of her latest projects, information about her books, and so on and so forth. This method of reaching out to her fanbase also helps Cameron Diaz net worth continue to thrive.

Cameron Diaz does not have an official professional LinkedIn account as of the present time. Should the situation change in the future and Cameron Diaz sign up for one, we will be sure to update this page with that information. Our goal is to keep our readers informed of all of the latest news regarding Cameron Diaz net worth, career, and life.

On this popular social media platform, Cameron Diaz has 1.7 million followers and 1.9 million likes as of the present time. Cameron Diaz is currently following 4 accounts in return.

Cameron Diaz currently only has one video up on her TikTok account, so it’s unlikely that it contributes hugely to Cameron Diaz net worth. Should the situation change in the future, we will be sure to update this page. Our goal is to keep our readers informed of all of the latest news regarding Cameron Diaz net worth, career, and life.