Bre-Z Net Worth | How Much Is She Worth Now?

Bre-Z is an actress and musical artist who is well-known for being a part of the cast for Fox’s ‘Empire’ TV series, ‘Fat Camp,’ and ‘All American.’ Bre-Z net worth is around $4 million.

Bre-Z (Calesha Murray) is a self-styled American rapper, actress, and recording artist. She is renowned for her role as Freda Gatez in the second season of ‘Empire‘ and her role as Tamia Cooper in a famous television show, ‘All American.’ She played these roles in 2015 and 2018, respectively.

Want to learn more about other famous actors and actresses? Check out Jane Withers and Jenna Ortega here.

Bre-Z’s net worth estimate is about $4 million, which is earned mainly from her music and acting career.

Bre Z was born in Philadelphia, Pennsylvania, United States of America. However, she was raised in Wilmington, Delaware.

When she was born, Bre-Z continued to cry until a window was closed, which made her family start thinking of a nickname for her. Eventually, Bre-Z’s grandmother gave her the name Bre-Z as a play on the word ‘breezy’. The name stuck with Bre-Z growing up, so much so that she considered it to be her real name for many years.

When she started elementary school, she found out that Bre-Z wasn’t her real name, contrary to what her family had said.

Bre-Z started developing an interest in music when she was in the sixth standard. Following the footsteps of her mother, who worked in the entertainment industry, Bre-Z began making songs and singing.

Bre-Z started her music career at the age of fourteen. At that time, she used to perform with her brother. One year later, at the age of fifteen, she was recognized by Freeway of Roc-A-Fella Records.

Freeway got Bre-Z into the recording studio, which helped Bre-Z sharpen her talent. She started to make songs, find her musical voice, and develop her distinguished style.

In 2005, Bre-Z graduated from high school. After that, she attended Full Sail University, located in Winter Park, Florida. Three years later, in 2008, her mother got a job in Atlanta, meaning that Bre-Z and her family had to move to a new home in Atlanta.

Bre-Z started cutting hair to earn money, as she came from a family of barbers. Her grandfather, father, and mother all worked as barbers. And due to this, Bre-Z had experience trimming hair as a young teen, so she was primed to earn a living and be hirable easily.

Bre-Z worked as a barber at ‘Philly’s Finest’ for her first job ever. Kier Morris, who was the owner of this shop, recognized Bre-Z’s talent right away. That’s how Bre-Z became a professional hairstylist and worked at a celebrity hair salon at Ludacris and Akon. During this time, she took a break from music and focused on her hustle as a celebrity stylist.

Eventually, enough was enough, and Bre-Z needed a change. To pursue her dream of becoming a musician, Bre-Z finally moved to Los Angeles in 2014. At that time, she had only one dollar in her bank account. This eventually changed, giving Bre-Z net worth a boost to $4 million.

Bre-Z’s Net Worth and Sources Of Income

Bre-Z net worth estimate is about $4 million. Bre-Z is a multi-talented actress and singer with several different sources of income. Before becoming a famous singer and actor, she was a hip-hop artist and was also a professional hairstylist. When she was twenty-one years old, she used to work as a professional celebrity hairstylist for Akon.

Like other celebrities, she also performed live collaborations with different brands and has a big Instagram fan following. However, she truly began taking off when she entered the television, film, and music industry. As a songwriter, she worked with famous artists like Jennifer Lopez, Wiz Kids, and Dr. Dre.

As an actor, she got a significant role in the ‘All American’ television series running since 2018. She has worked in about ten TV series. This has helped Bre-Z net worth estimate to be around $4 million.

Bre-Z started her music career at the age of 14, doing extempore performances around Philadelphia. Her brother was a famous rapper of the time, and Bre-Z used to perform his written songs. After that, she began to write her original songs and sing them.

At the age of 15, she met a famous rapper of the time, Freeway of Roc-A-Fella Records rap group state company. Freeway gave her a chance in his studio and recorded a song with her, which would be her first-ever recorded song.

When she was 24, she moved to Los Angeles to continue pursuing her music career. She worked hard to progress in music, creating samples and attending several auditions for different music companies.

In 2015, she auditioned for a role in a movie. She was selected and cast for the role of Freda Gatz, making this her first successful movie audition in her acting career. She was often seen on the soundtrack throughout her screen time on the show. She has also performed her rap songs in different shows. This experience led Bre-Z to be chosen as the grand systematizer of Xavier University.

She was cast as Tamia Cooper in the drama ‘All American’ in 2018. Once she stated that she was entitled to perform with her character when she was in middle school and performed different characters. She performed a role for LGBTQ (Lesbians, Gay, Bisexual, Transgender, and Queer/Questioning) community and was praised for breaking barriers.
She released her drama episode ‘The girl in 2015’ on her independent label. Bre-Z’s most recent album was ‘Full circle.’

Bre-Z kept her step in the showbiz industry and showed her talent by playing different roles in different movies, gathering much popularity after playing a role as Freda Gatz in the movie ‘Empire’ in 2015. She also did a recent hit movie, ’16 Bars’.

These are some of the reasons why Bre-Z net worth is around $4 million. 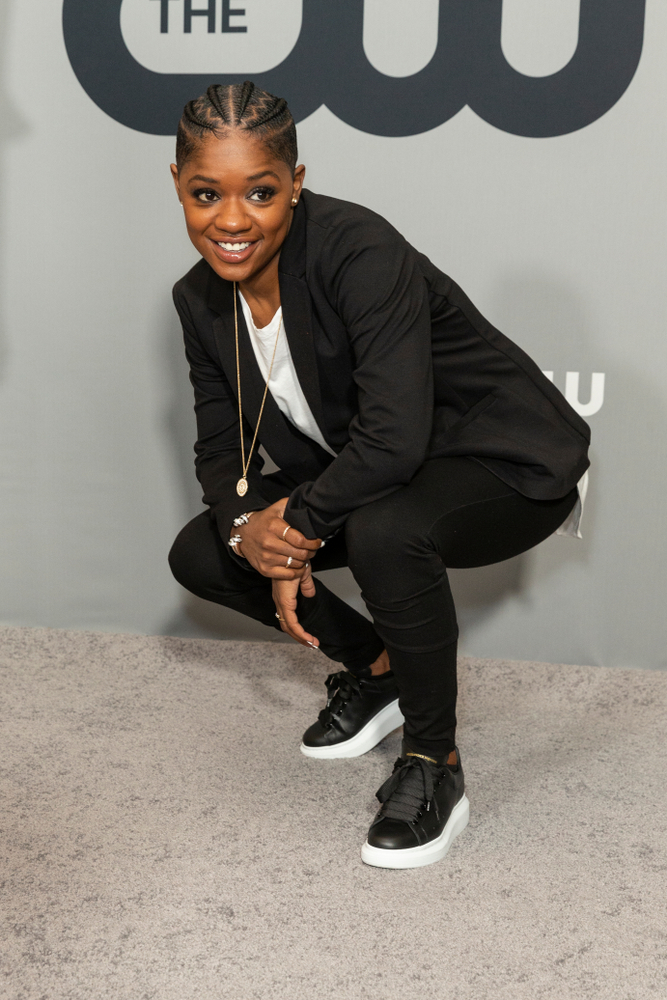 Bre-Z keeps her personal life hidden. Once she stated that she keeps her private romantic life off of social media.

In one of her interviews, Bre-Z said she loves every human being. But when it comes to her body, the things in her room and house, her wealth, she thinks that being in the public eye, it’s important to keep at least one thing for herself and to love everyone is her personal choice.

Bre-Z is an energetic and spiritual person, and she currently lives in California, Los Angeles. One of her favorite movies is ‘Juice.’

Bre-Z proposed to her girlfriend, Chris Amor, on the 16th of March, 2021. She proposed to her in front of her family and friends at a party, and they initially started dating in 2019.

Moreover, Bre-Z doesn’t like to share any private information on social media about her sexuality. She always remains the hot topic on social media, being lesbian. There is a controversy seen on the platforms where Bre-Z had been discussing her relationship on how women can attract a woman to other women.

Bre-Z also shares posts with her girlfriend Chris Amor on Instagram on every special occasion and receives a lot of comments on her posts. Bre-Z has an official account on Instagram, ‘@breezofficial,’ with about 800k followers.

While she was giving an interview to Nylon Magazine in February 2019, she stated that she doesn’t prefer to talk openly about her private life with her girlfriend. She further said she wanted to keep it personal because her private life is not a business that can be sold through talk shows or debates.

She added further that she loves everyone, and she should be known through this quality for loving everyone, not because of what she wears, where she goes, whom she likes more, what she has in her home, and which lifestyle she enjoys. She thinks that love is one of the most powerful forces on earth.

Her fans are curious about her marriage. Active members have also raised this question on social media, but Bre-Z did not have an exact answer as she keeps her personal life hidden. Still, she said that soon she would announce her marriage ceremony.

In many of her interviews, she said that her girlfriend Chris means the whole world to her. She also said they don’t have any presentable plan of a marriage announcement yet, but they will share it with their fans after plans are made.

Before joining the music and film industry, Bre-Z groomed, shaved, and styled mens’ hair. She picked these skills from her father, David Mayfield, and her grandfather, who were barbers.

She also played the role of a barber in her movie ‘Empire,’ where she cuts people’s hair.
She also did a job in a barbershop when she traveled to Los Angeles. She made that trip searching for greener pastures, but then she started a career in a salon named jasmine Ashley.

Bre-Z states that her grandmother gave her the name ‘Bre-Z.’

She also told the story behind how, when she was born, her mother felt so cold and her grandmother, realizing this, kept her name Bre-Z. She said that this name embarrassed him in front of her classmates in school. Her teacher and mother tried to change her name, but she kept it as a personal choice, enjoying being called by her nickname Bre-Z.