Bizzy Bone Net Worth – How Much Is He Worth?

Bizzy Bone net worth is estimated to be at between $2 million and $4 million. The majority of Bizzy Bone’s net worth comes from his long successful career in the rap music industry.

Who is Bizzy Bone? 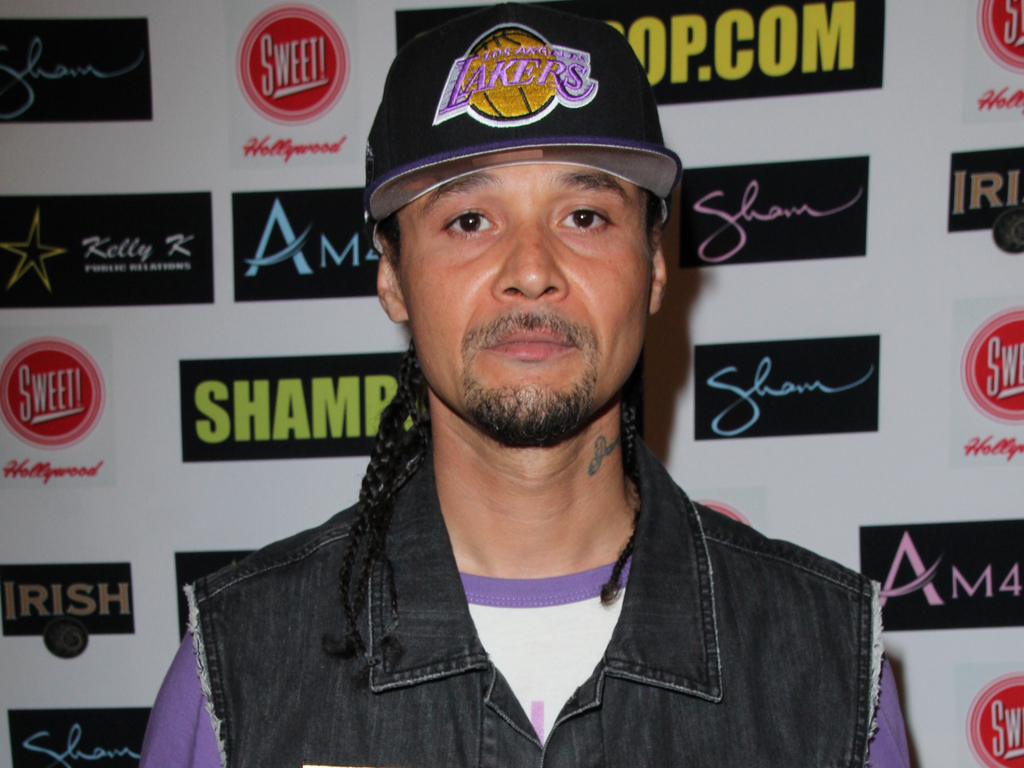 Bizzy Bone, also known as Lil’ Ripsta, is a famous rapper and singer whose real name is Bryon Anthony McCane II. He is part of the extremely popular rap group from Cleveland known as Bone Thugs N Harmony (which has no known connection to rapper Slim Thug). He is the group’s youngest member. They’ve released many albums and won a number of major industry awards.

Bizzy Bone has had a long, successful career both as a solo artist as well as a member of Bone Thugs N Harmony, so we will cover each of them one at a time here, beginning with his solo career.

Bizzy Bone’s first album came out in 1998. It was called Heaven’z Movie and was a huge hit, winning fantastic reviews from critics and ultimately being certified Gold due to excellent, robust sales. He was particularly praised for his smooth delivery, rapid fire rapping skills, and the choruses filled with double harmonies for which he became known.

His second solo album debuted in April of 2001, and he named it The Gift. This was an even more personal album than his first one and focused on the events of his childhood, as well as intimate details of his off stage life. It eventually reached the coveted second spot on Billboard’s Independent Albums chart in the United States.

Bizzy changed up his style quite a bit for his next album, Alpha and Omega, which dropped in 2004. It was heavily influenced by mysticism and spirituality. While it wasn’t as financially successful as his previous albums, fans loved it and it also did extremely well with the critics.

He followed this one up with a limited edition album he called The Beginning and the End before his next wide, regular release entitled Speaking In Tongues in 2005. Continuing with the religious themes he’d started working with, the title was inspired by a time he himself seemed to have spoken in tongues while doing a radio interview.

Again, this album won Bizzy Bone immense praise for the quality of his rapping and writing. Critics particularly like the deliberately low budget sound he was going for with this release, making it sound more raw and real.

2006 was a big year for Bizzy Bone, seeing the release of three studio albums in just that one year. They were The Story, Thug’s Revenge, and Midwest Cowboy. The first and third did particularly well, again earning him fantastic reviews and selling extremely well.

In 2008, he put out another two albums on his own. Ruthless was the name of the first. He put that one out independently. Pit Bull and Rick Ross both made appearances on its various tracks.

The second album was the polar opposite, being put out through the mega corp Virgin Records. It was called A Song for You, and got some of the best review of Bizzy Bone’s entire career. Guest appearances on that album included Twista, Jim Jones, Good Charlotte’s Joel Madden, and legendary rapper DMX.

Bizzy Bone then appeared as one of the singers in a 2010 re-recording of Michael Jackson’s We Are the World called We Are the World 25 for Haiti, which was meant as a fundraiser for Haiti after its devastating earthquake. Critics and audiences hated it.

He did much better later that year when he put out Crossroads 2010, his first album to combine the genres of rap and rock.

It was then another handful of years until Bizzy Bone put out Carbon Monoxide in 2019. After the rap group the Migos claimed the title of “Greatest Group of All Time” on their own, Bizzy put out this song, tearing them down for disrespecting other groups including his own, Bone Thugs N Harmony, with that claim.

Layzie Bones also put out a diss track against Migos and the rapper 21 Savage, who had defending Migos and mocked Layzie. As a result, Bizzy drunkenly threatened their lives while streaming on Instagram with a gun. The cops rushed to his house as a result, and the video of the entire ordeal went viral.

As a result of all this notoriety, Carbon Monoxide did incredibly well on the charts. The next year, 2020, he released The Mantra on his birthday, to commemorate his turning 44, and in 2021, on his 45th, he put out War of Roses.

Meanwhile, Bone Thugs N Harmony’s first album came out in 1994 and was called Creepin on ah Come Up. It’s most famous for the singles “Foe the Love of $” and “Thuggish Ruggish Bone”.

After debuting as a bit of sleeper, it eventually hit the mainstream and became a major hit for them.

Then in 1995, they put out E. 1999 Eternal, featuring “Tha Crossroads” and “1st of Tha Month”. It hit the top spot on the Hot Rap Tracks as well as the Hot 100 charts. It got incredible reviews and remains this day their biggest hit album, having been certified as platinum a whopping four times to date.

1997 saw the release of their epic double disc alum, The Art of War, which featured a surprisingly mellow sound, for which they were praised. The themes focused on family and religion. The album’s hit single “Look Into My Eyes” also made its way into the film, Batman & Robin.

They then won an American Music Award for the album’s other big single, “If I Could Teach the World”.

Their next album was BTNHResurrection, which came out in 2000. The first half of the album was dark and heavy, while the second was softer and lighter. There was a bit of a rift with Bizzy Bone at this point, however, with Bizzy refusing to promote the album because he claimed the record company owed money to him.

Shyne Net Worth – How Much Is He Worth?

Bizzy Bone was born under the name Bryon Anthony McCane II on September 12, 1976 in Columbus, Ohio, USA. He had an extremely eventful childhood, though didn’t even realize it at the time. When he was four years old, his sisters and he were kidnapped by his mom’s boyfriend while she was away for the day.

According to him, for a long time, he and both of his sisters didn’t even know they’d been abducted at all, because he lied to them, telling them that their mom and grandma had died. Over this time, the boyfriend moved his sisters and him around to countless places. They lived in houses, motels, apartments, and even cars at times, all over Oklahoma.

This was a highly traumatic time in Bizzy Bone’s life. At the hands of his guardian, he was tortured, brutally beaten, and also raped. He and his sisters were finally rescued from the Kaw Indian Reservation in which they had been living at the time when a babysitter recognized his photo on TV as part of a special about abducted children.

The show was called Adam, and it was a made for television movie about the real life abduction of the son of John Walsh, who created the hit series America’s Most Wanted. It closed on images of actual abducted children who were then still missing.

Many years later as an adult in 2002, Bizzy Bone actually appeared on an episode of America’s Most Wanted in order to discuss the dark events of his childhood and to encourage children who had suffered abuse to speak out. He wrote the song “A.M.W.” for the broadcast, and performed it on the show.

After being reunited with his real family, he moved in with his older sister in Cleveland at the age of 13. This was around the time he met his future collaborators, Wish Bone, Krayzie Bone, Flesh n Bone, and Layzie Bone. In 1992, the friends together formed Bone Enterpri$e.

Eazy-E, from the famous rap group N.W.A., was extremely impressed with them and suggested they change their name to what it is now, Bone Thugs N Harmony.

Bizzy Bone is married to Jessica Nancy Cassidy, who performs under the name JCass. She is a song writer, singer, and model from Houston. They tied the knot in 2020 after having been together since 2016. They have a son who name is Jesse Anthony McCane, or JAM for short, who was born in March of 2018.

Bizzy, JCass, and JAM have a channel on YouTube they named JAM tv, on which they stream footage of their lives and careers. JAM is Bizzy’s tenth child. He has 8 kids from previous romantic relationships called Shanika, Tray, Aaliyah, Destiny, Shelby, Sarina, Breeana, and Bryan.

Riff Raff Net Worth – How Much Is He Worth?

Bizzy Bone has a public Facebook account under the handle @iambizzybone. He has 462 thousand followers on this platform, and seems to mainly use it to plug his JAM tv YouTube channel that he shares with his wife and son, after whom the channel is named.

His posts tend to include photos of fashion he’s interested in, footage of his family and other clips from JAM tv, plugs for his music, videos, upcoming and current events, projects, and more.

Bizzy Bone has a public Twitter account where he tweets under the handle @thisisbizzybone. His biography there brags that Bone Thugs N Harmony is “the world’s most influential rap group”. On this platform, he has 41,000 followers and is himself following only 397.

Lately, Bizzy Bone mainly uses his Twitter account to stream live videos of himself talking directly tho his fans.

Bizzy Bone has a public Instagram account. The account name is @mrmccane, which is a reference to his actual last name, McCane, his full real name being Bryon Anthony McCane II. On this platform, he has 407,000 followers and is himself impressively following 0 people in return.

He uses his Instagram to post pictures of himself and his family, clips from JAM tv, plugs for his music, videos, upcoming and current events, projects, and more. A lot of the posts here are the same as on his Facebook, which likely cross posts from this primary account.

Bizzy Bone does not seem to have a public LinkedIn account at the present time, which isn’t surprising given a lot of famous entertainers don’t seem to have a need for the platform.

With that said, if this situation should change at any time in the future, we will update this page to reflect the latest changes to ensure that we keep you completely up to date with goings on of Bizzy Bone aka Lil’ Ripsta’s life and career.

Bizzy Bone does not seem to have a public TikTok account at the present time, which may be surprising given how popular the platform has become in recent years. Particularly for a performer who is as online as Bizzy Bone is, and who regularly posts videos on YouTube, Twitter, and more.

If this situation should change at any time in the future and Bizzy Bone does finally sign up for TikTok, we will update this page to reflect the latest changes to ensure that we keep you completely up to date with goings on of Bizzy Bone aka Lil’ Ripsta’s life and career.

Bizzy Bone’s height is 5 feet, 11 inches, which is 180.34 in centimeters. Bizzy Bone’s weight is not in the public record at the present time. However, people have speculated that it is somewhere around 78 kilograms, or 171.9 pounds. Bizzy Bone’s hair color is brown. Bizzy Bone’s eye color is dark brown.