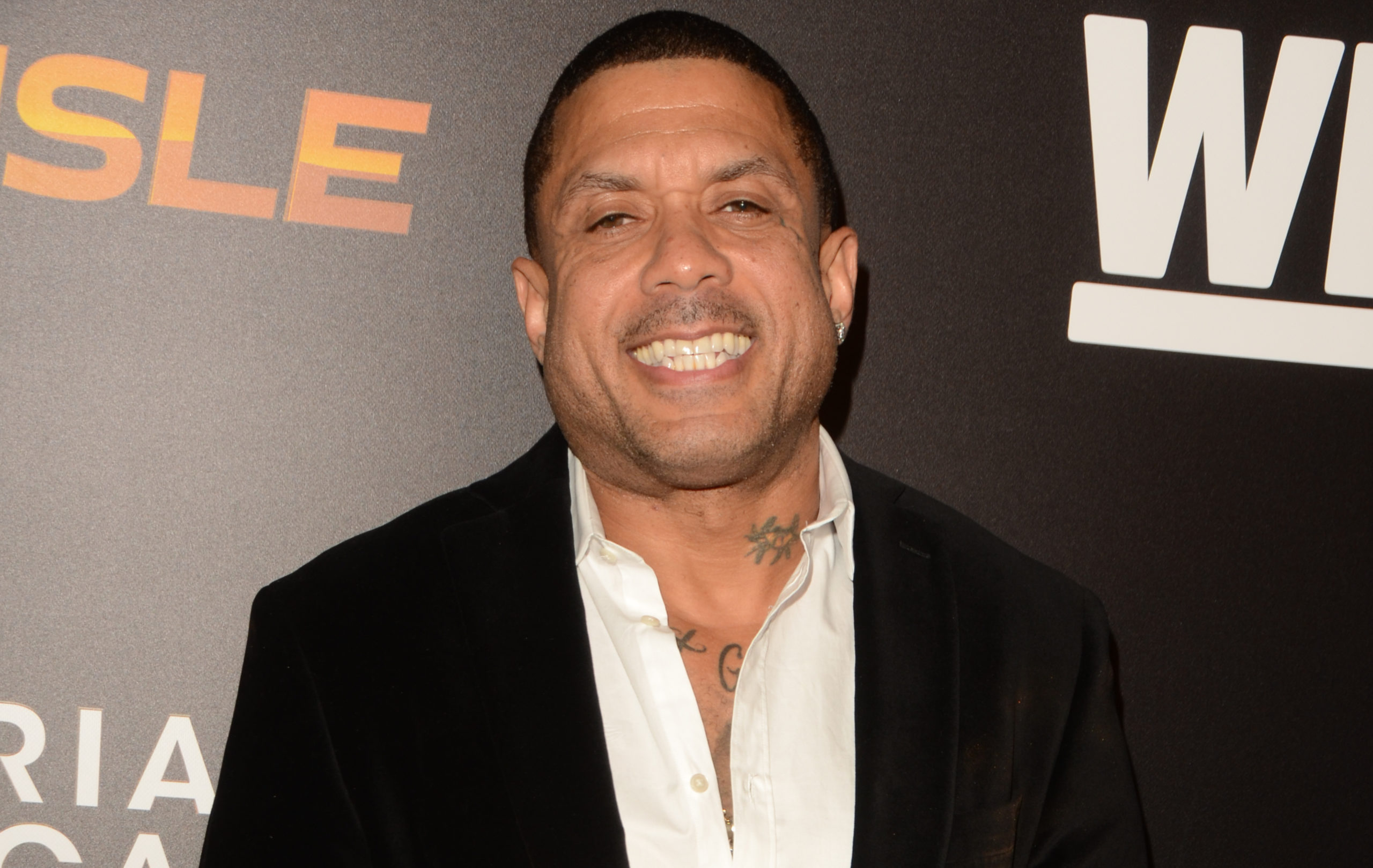 Benzino net worth is about $10 million.

He is an American rapper, record producer, hip-hop media executive, TV personality, and boxer. He has released several solo albums, namely, “The Benzino Project” in 2001, ”Redemption” in 2003, ”Arch Nemesis” in 2005, and “The Antidote” in 2007.

He has also dropped albums with Made Men, The Almighty RSO, and the Wiseguy. But his rise to fame moment was his appearance on Love and Hip-hop, a reality TV series from 2012 to 2014.

Benzino has made appearances in the films like Baghdad, Bloodlines, Indictment, and Turnt.

Raymond Leon Scott, otherwise known as Benzino or Petrol, was born on 18 July 1965 in Boston, Massachusetts. There is no specific information about his father, although it is known that Benzino considered Edward De Jesus as his father figure, more so during the time of his incarceration.

His mother, Mary Scott, retired in 1999 after working for the United States Postal Service. She passed away in March 2014. Benzino has two sisters, Anita Scott Wilson, who is a veterinarian, and Maureen Scott, who is a doctor.

Benzino went to a local private school in Boston, where he completed his school-level studies. He later joined Columbian University after high school to pursue Journalism.

He made a name for himself during his association with, The Source, an American hip-hop magazine. He co-founded the magazine in 1988 together with David Mays, who was studying at Harvard at the same time.

Before venturing out as a solo artist, Raymond Benzino Scott worked on several collaborations. These were; “In Tha Company of Killaz” in 1996 with the Wiseguys and “Doomsday: Forever RSO” that same year with his group, Almighty RSO.

In 1999, he released the album “Classic Limited Edition” and the rap group, Made Men. In 2000, he featured in his last collaboration album with the Hangmen 3 titled “ No Skits Volume 1.”

As a TV personality, Raymond Scott made his first debut on-screen on the reality TV show Love & Hip hop Atlanta. This show ran from 2012 through 2014.

In 2016, he made another appearance on yet another reality TV show called The Next 15.

In the co-owned hip hop magazine, “The Source,” Eminem was given a two-star rating or two mics for the album “The Marshall Mathers LP.”

Initially, the readership received this rating poorly, forcing the ratings to change to four mics or four stars. At the same time, Benzino’s ‘Made Men’ was rated at 4 and a half mics, which upset Eminem. Eminem retaliated by addressing the magazine in the next album titled “The Eminem Show.”

Additionally, Benzino also claimed that MTV is partly to blame for the problems in hip hop. Despite not being a rapper of color, the MTV Video Music Awards executive allowed Eminem to parade over a hundred blonde clones on stage dressed like him during the 2000 awards show.

A rap also angered him by Eminem titled “Without Me,” a song on the Eminem show album. In the single, he said, “Though I am not the first king of controversy? I am the worst thing since Elvis Presley to make black music so selfishly and use it to make myself wealthy”.

Although this was not meant to be taken seriously, Benzino seemed to have a different opinion. However, Benzino suffered the ultimate loss in the feud when he was dropped by Elektra records way before his sophomore album was out.

His album Redemption sold only 14,000 copies, a huge disappointment, and setback, while Eminem’s Eminem Show sold more than 4 million units. Benzino and Eminem continue to have beef over albums despite Eminem’s moment of raising the white flag through a song named “Like Toy Schindlers.”

This feud was one of the reasons he became famous. At some point, Eminem and Benzino were willing to sit down together and settle the differences they had between them. However, it was halted by David Mays, co-founder of The Source.

The reason for this fallout is that Benzino had agreed to write down critical pieces on G-Unit and 50 Cent. Once the magazine went to print, both were criticized for allowing their vendetta to ruin the credibility of the magazine, “The Source.”

Benzino formally resigned as the co-owner of The Source after controversy and dispute between Black enterprises who were the publishers. However, the resignation was short-lived as Benzino returned to his former position at The Source, claiming that the reason for leaving was to prevent the firing of Def Jam President Reid.

At this point, he was faced with quite a number of lawsuits. His former editor in chief Kim- Osori and a couple of other female employees filed a multi-million dollar lawsuit against Benzino and The Source for gender discrimination and sexual harassment.

Feud With His Daughter

In March 2021, Benzino was wrapped up in a scandal with his daughter Coi. Coi released a song titled “No More Parties.” She accused her father of not being a good parent.

Benzino refuted the claims by saying that he raised his daughter in a mansion and always got everything she desired. He added that his two sons were mature and would never say such words.

They both took to Instagram to post their opinions about each other. Coi made a live video where she called her father abusive words like N***a and A** and claimed that Benzino told her he wished she had been born a boy. She added that she was embarrassed to be Benzino’s daughter.

Benzino was angered by the abusive language and posted on Instagram that he would not forgive or forget the names she called him. Later, she apologized and said that she had done something that was out of character for her.

Coi released the “No More Parties” remix in Feb 2021, which was her first song on the Billboard hot 100 chart.

Raymond Leon Scott has been a subject of scrutiny for using the magazine for personal promotion purposes and a tool to bring down his rivals. In 2003, the magazine released recordings made by Eminem containing derogatory references to women and African Americans.

Eminem went public to apologize for the tapes and claimed that The Source had a vendetta against him. Eminem went ahead to sue the magazine for copyright infringement and defamation.

The court allowed for the distribution of a small section of the lyrics on the recordings, made in 1988. Benzino, however, went ahead to print complete lyrics to the tape on the magazine and its website. By ignoring the federal court injunction, the source was found in contempt of court, and they were forced to compensate Eminem and his record label, Shady records.

While on Love & Hip-hop Atlanta, Benzino dated his co-star Karlie Redd. Karlie is also a model and a hip-hop craftsman. After they split up, Benzino moved on and started dating Althea Heart, who he met on set as well.

Benzino and Althea Heart started dating and made appearances on “Marriage Boot Camp,” a reality TV series that aired between 2015 to 2016. Fans got all excited, waiting for them to announce their marriage, but instead were met with the couple announcing that they were expecting.

They introduced their son, Zino Antonio to the world in November of 2015. Althea was also a cast member on Love & Hip-hop Atlanta after becoming exclusive with Benzino, and he popped the big question on the show.

However, the couple had an altercation with two cast members in a reunion special where Benzino threatened a producer and got fired from the show. After their separation, Althea Heart filed a restraining order against Benzino, claiming that he threatened her, held her against her will, and stopped her from calling for help.

Benzino was ordered to stay at least 500 feet away from Heart, although she confronted him outside the court and got a 10-day jail sentence for it. He filed a paternity suit against his ex-girlfriend Althea, but it was dismissed in 2018 as he failed to appear in court.

Benzino also has his daughter. Her full name is Brittany Collins, but she’s known as Coi Leray and his son’s name is Taj Collins, or Chavo, his rapper name. Both of them have ventured into the music industry as well.

At the moment, the rapper is single and unmarried. He is focusing more on his music career. There are no rumors or news of him dating anyone currently.

Benzino’s Net worth results from his efforts to survive in an industry that he was not a novice, nor was he a legend. His career, which is deeply rooted in the music and film industry, has earned him quite a fortune over the years.

He has also endorsed renowned brands like Adidas, Chemical Baby Clothing, and Daekshin Jeans, and these are just a few. Benzino net worth is estimated to be $10 million.

When The Source Magazine ended up going bankrupt because of a lawsuit, Mays and Benzino started a Hip Hop Weekly publication. This is now worth $10 million.

Raymond Leon Scott is very active on social media. On his Twitter account alone, he has over 474k followers. This is quite remarkable at his age and helps him stay relevant in the market and advertise his work.

The rapper is also active on Instagram with 1.1million followers. On Facebook, he has around 11.4k followers.

Benzino has had his fair share of encounters with the authorities. In January 2017, he was charged with a felony when he was found with MDMA and THC gummies in his Atlanta house. He pleaded guilty and was sentenced to two years probation and a fine of $500.

On June 22, 2019, Benzino was arrested in Dekalb County, Georgia, on an arrest warrant after failing to appear in court as expected for a traffic violation and was detained at the police headquarters.

Benzino being Benzino, launched a racial tirade against an officer of Vietnamese descent who arrested him, which included multiple racial insults.

Even in his 50’s, Benzino appears to be very fit, which is an indication that he looks after himself.

Despite being a controversial person, he is financially stable and has had a busy music career. He has also made worthwhile investments over the years that enable him to live a reasonably comfortable life today.

Benzino’s Net Worth And Bio Summary

Benzino net worth is estimated to stand at $10 million as of February 2022.

He is currently single and unmarried and has three children with different women. Benzino has had a long and profitable career as a rapper, music producer, and hip-hop magazine executive.

For many years he and Eminem had issues. The fact that Eminem is white and a rapper was the bone of contention between the two. Benzino claimed that Em made it hard for black American and Latino rappers to succeed.

He appeared on two reality shows between 2012 and 2016. The shows were called Love and Hip Hop and Marriage Boot Camp.