Benny Blanco Net Worth – How Much Is He Worth?

Benny Blanco net worth is currently estimated to be between $16 million and $18 million. Most of his income derives from his status as a hugely successful songwriter and producer in the music industry, being connected to a number of extremely famous names.

His most expensive is a mansion in Hollywood that he purchased for approximately $9.2 million in 2020. The estate was previously owned by Sean Rad, the founder of Tinder, the enormously popular dating app. He also has a condo in the trendy Chelsea area of New York City worth $3.5 million. 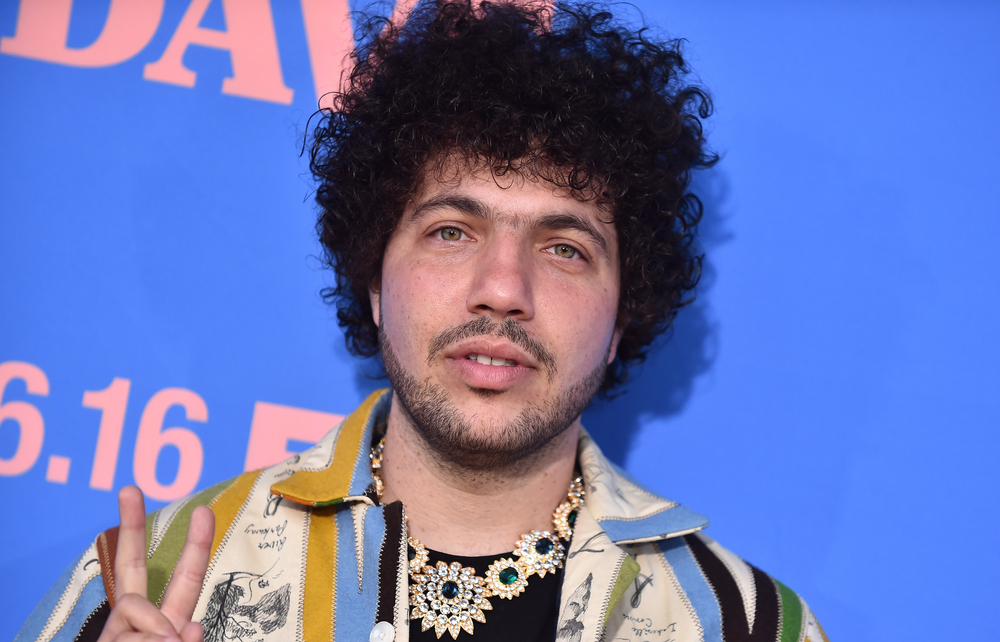 Who Is Benny Blanco?

Benny Blanco is a songwriter, music producer, DJ, and executive in the music industry. He is best known for co-writing and co-producing a genuinely jaw-dropping number of hit singles for various huge artists in the music industry, including Britney Spears, Katy Perry, Justin Bieber, Rihanna, Kesha, and many, many more.

Benny Blanco’s career truly began when he was hired by David Aaron Shayman, known professionally as Disco D, as an apprentice. Like Blanco, Shayman was also a Jewish DJ whose interest in the music field started very early.

As a teenager in Michigan, he helped make the Ghettotech music genre popular and went on to produce albums for 50 Cent and other huge names.

Blanco was one of those meteoric risers in the music industry like Lil Tecca: young, creative, and going places. After his first job, he was taken under the wing of Dr. Luke. The famous music producer and songwriter was so impressed with him that signed him to Kasz Money Productions, his label.

Now an extremely controversial figure, Dr. Luke, whose real name is Lukasz Sebastian Gottwald’s, first huge success was “Since You’ve Been Gone,” Kelly Clarkson’s enormous hit single, which he produced with Max Martin, another huge name in the industry.

He then went on to produce songs for stars such as Pink, Nicki Minaj, Avril Lavigne, Miley Cyrus, Katy Perry, Britney Spears, and Kesha. 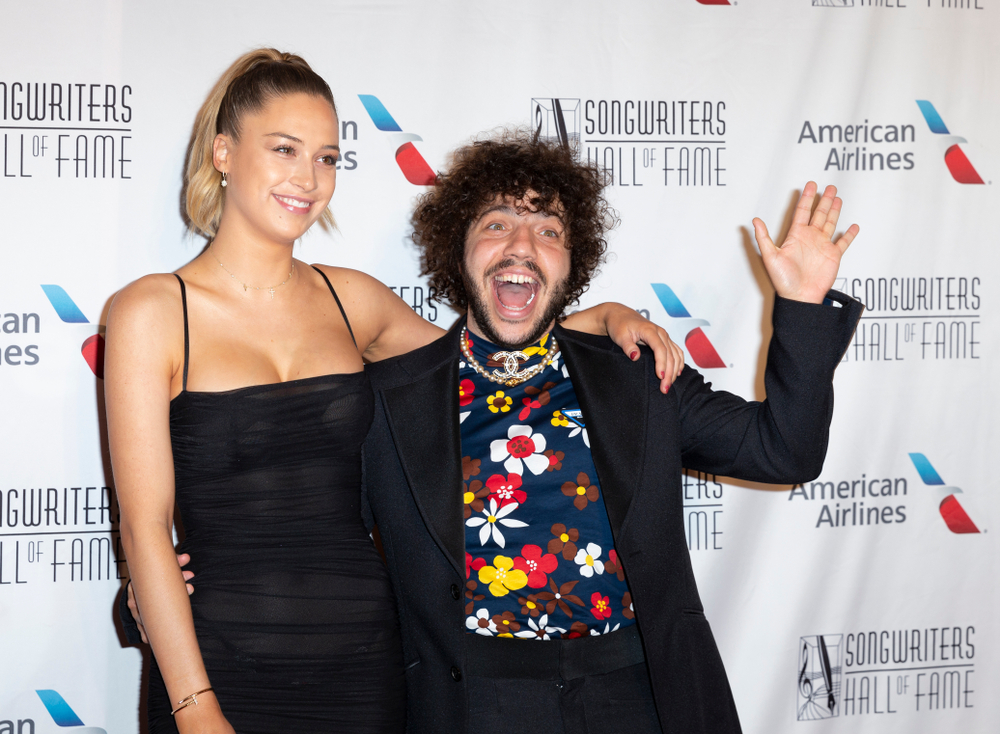 The latter is what got him in trouble, however, when Kesha sued him, accusing him of having violently raped her and inflicted extreme psychological damage upon her. As a result, he lost a large amount of his standing in the industry. It’s not clear to what extent Bobby Blanco’s reputation may have suffered from being associated with him.

During their professional relationship, however, Blanco co-wrote and co-produced many of the songs that Dr. Luke would claim as his successes. These include “TiK ToK,” Kesha’s first massive hit, and the also hugely successful “Teenage Dream,” sung by Katy Perry.

“Teenage Dream” was a number one song on the US Billboard Top 100, Katy Perry’s third time achieving this distinction. It was also, significantly, her second in a row, having accomplished it with “California Gurls” just before.

It also topped the charts in Slovakia, New Zealand, and Ireland, was in the top 10 in another 9 countries, and went platinum in 11 countries.

The next big hit he collaborated on was “Circus” by Britney Spears. “Circus” was the title track on Spears’ sixth studio album, which was praised for being a return to a lighter pop sound after her previous album, Blackout, which had more of an edge.

At the same time, “Circus” had a deeper meaning underneath its dance pop exterior and fun theme. It was meant as a metaphor for how Spears’ fans perceived her. It became a huge critical and commercial hit. It charted number one on American radio, hit third place on Billboard’s Hot 100, and remains a huge selling song online for Spears. Worldwide, it had five and a half million downloads.

Blanco moved on from Dr. Luke in 2011, striking out on his own and producing a number of huge hits. The most prominent is probably “Moves Like Jagger,” the hit Maroon 5 song, which he co-wrote with Maroon 5 front runner Adam Levine, Shellback (who co-produced it), and Ammar Malik.

The song blends the electropop and disco genres and is about how someone manages to nab a romantic partner by dancing in a style similar to that of legendary Rolling Stones frontman Mick Jagger. Its insanely catchy hook is supported by an infectious beat created by electronic drums and synths.

“Moves Like Jagger,” which also featured an appearance by pop singer Christina Aguilera, was released in June 2011 as the fourth single of the updated edition of Hands All Over, Maroon 5’s third album. That CD first came out in 2010 and was then re-released with this new bonus track included at the end.

The song was huge, making it to the number one spot in more than 18 separate countries. It became Maroon 5’s 2nd single to make it to first place, and Aguilera’s 5th. It’s one of the biggest hit songs of all time. Additionally, it made Christina Aguilera only the second woman in music history to have a number one in the 90s, 00s, and 10s, and fourth to do so in 3 distinct decades.

Maroon 5 was so pleased with these incredible results that they later worked with him on their next enormous hit album, Overexposed, which debuted at second place on the Billboard 200, and gave the band some of their best sales of all time.

In addition to producing the album overall, he also co-wrote the first single, which was called “Payphone” and included an appearance by rapper Wiz Khalifa. The other writers were, again, front runner Adam Levine, co-producer Shellback, and Ammar Malik, and this time also included Robopop, the stage name of songwriter Daniel Omelio.

Awards he has won include the Hal David Starlight Award, which is given to young rising stars in the industry. It was presented to him on June 13, 2013 at the 44th Annual Songwriters Hall of Fame Ceremony. Upon receiving it, he remarked, “They picked the wrong person. I’m in a room with people I should probably be serving food to.”

He also won the Producer of the Year Award in 2017 at the iHeartRadio Music Awards and won the BMI Songwriter of the Year so far a grand total of 5 times.

Over the years, Blanco has produced and/or written a genuinely staggering number of number one songs: 29 as of the latest count. 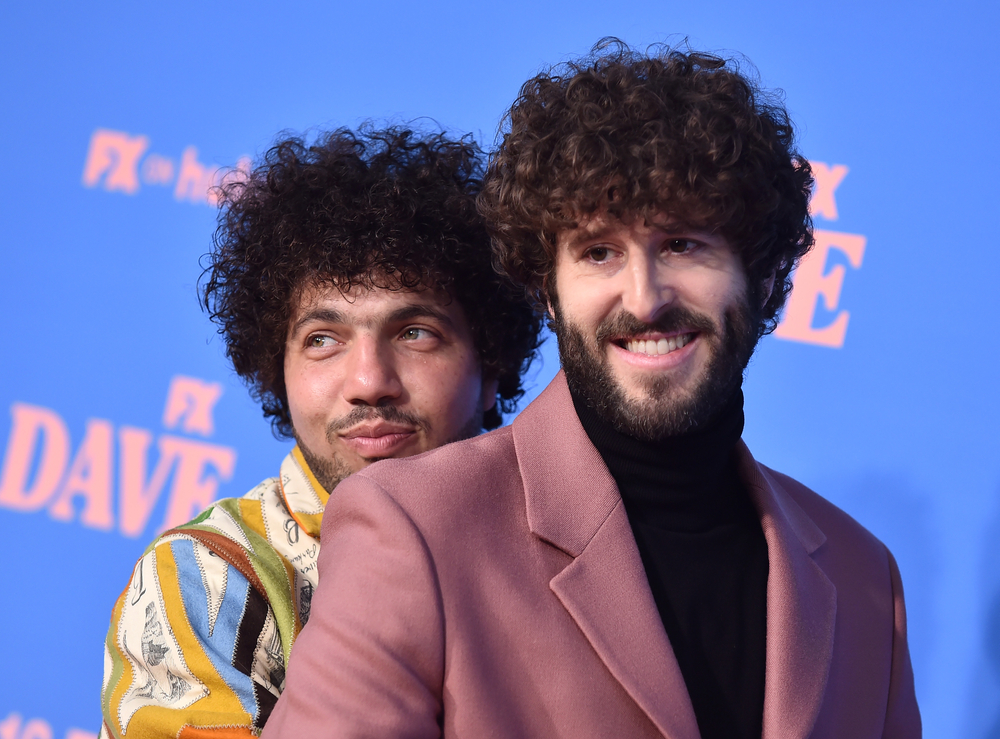 Others include Ariana Grande’s “Why Try” and “Be My Baby,” Jessie Ware’s “Tough Love,” “You and I Forever,” “Say You Love Me,” “Kind Of…Sometimes…Maybe” and “Champagne Kisses.” He also worked on “Baby Don’t Lie” for the iconic Gwen Stefani, Charli XCX’s “Caught in the Middle,” The Weeknd’s “True Colors,” Selena Gomez’s “Kill ‘Em With Kindness,” and “Love” with the inestimable Lana Del Rey.

After all of this success producing other people’s work, Blanco finally began to release his own music, starting in 2018 with a single on which he performed the vocals along with co-writers Khalid and Halsey.

The song made the Billboard Hot 100 charts, ultimately peaking in 9th place, but it was an even bigger hit worldwide, where it went number one in the United Kingdom, Ireland, Singapore, New Zealand, and made other top 10 charts in Denmark, Canada, Australia, and Norway.

“Eastside” was, however, not without its controversies. The three songwriters were sued by another band, American XO, for copyright infringement. They claimed that its guitar riff was stolen from their song, “Loveless” from 2015.

After “East Side,” Benny Blanco released a few more songs, including “I Found You,” a collaboration with Calvin Harris, and “Roses,” with Brendon Urie. This culminated in Friends Keep Secrets, his debut album, in 2018, which was also the name of his label. It featured his previously-released singles and more.

He then re-released the album in March 2021 with even more new tracks and called it Friends Keep Secrets 2. It featured new songs with artists such as Justin Bieber and Juice Wrld, and was also a big hit, like its predecessor.

At the start of 2019, Benny Blanco supported The While They Wait Fund, which was set up by a number of organizations such as the ACLU, the Refugee and Immigrant Center for Education and Legal Services, and the Brooklyn Defender Services to help refugees seeking asylum.

To that end, he released a song called “I Found You/Nilda’s Story” about a Honduran woman. Proceeds from the song benefitted the fund.

He soon afterward released other music with artists such as Selena Gomez, Juice Wrld, and Justin Bieber.

He also made his love of food an active part of his career when he launched a cooking show on his YouTube Channel called Matty and Benny Eat Out America. Matty is Matty Matheson, a highly regarded chef. They followed this with another new show a year later in March 2021 called “Stupid F*cking Cooking Show”.

Also in 2020, Blanco appeared on network TV, on the FXX channel playing himself, albeit an exaggerated version, on the first two seasons of a show called Dave.

He also grew up in Virginia, and even from a young age, was always fascinated by music. At the age of six, in 1994, he became obsessed with the R&B group All-4-One’s hit song, “I Swear,” and rapper Nas’ song, “The World Is Yours,” both of which became huge influences on his work in those younger years.

He began to record hip-hop music in his bedroom, using his boombox and his own vocals. He eventually became a rapper and submitted his work to places such as Columbia Records, whose executives were genuinely impressed with what he was able to do at such a young age.

Benny Blanco is Jewish. His parents are Andrew Mark Levin and Sandra Beth. Not much is known about his personal life. Benny Blanco is an incredibly private individual, but he has said that his family has always been extremely supportive of his musical aspirations throughout his entire life.

Benny Blanco is not married and, as far as we know, has no children.

Benny Blanco has a professional Facebook profile. He is currently being followed by 207,124 people on that platform but tends to mostly use it for reposting photos and videos that are also available on his other social media accounts. He doesn’t seem to engage with Facebook as much as he does Instagram.

Benny Blanco’s Twitter has a following of over 142,000 people and is currently following only 308 people. His account name is @ItsBennyBlanco. He tends to tweet funny photos and jokes, as well as links to his YouTube video series.

Benny Blanco is on Instagram, also as @itsbennyblanco, as on his Twitter. There, he has 886,000 followers and is himself following 946. He tends to post funny photos of himself, his friends, and his pets.

Benny Blanco’s TikTok is by far his most successful social media platform. He is also @itsbennyblanco there but has 4.2 million followers and 140.4 million likes. He posts the sorts of funny videos of himself that one would expect from a popular TikTok account.

Benny Blanco is 5 feet 11 inches tall, which is 180 centimeters. His weight is estimated to be at about 181 pounds or 82 kilograms. His hair color is brown and his eyes are considered hazel.