Anthony Anderson Net Worth – How Rich Is The Comedian Now?

The bulk of Anthony Anderson net worth has come from his successful career in the American entertainment industry in the fields of acting and comedy.

Who is Anthony Anderson? 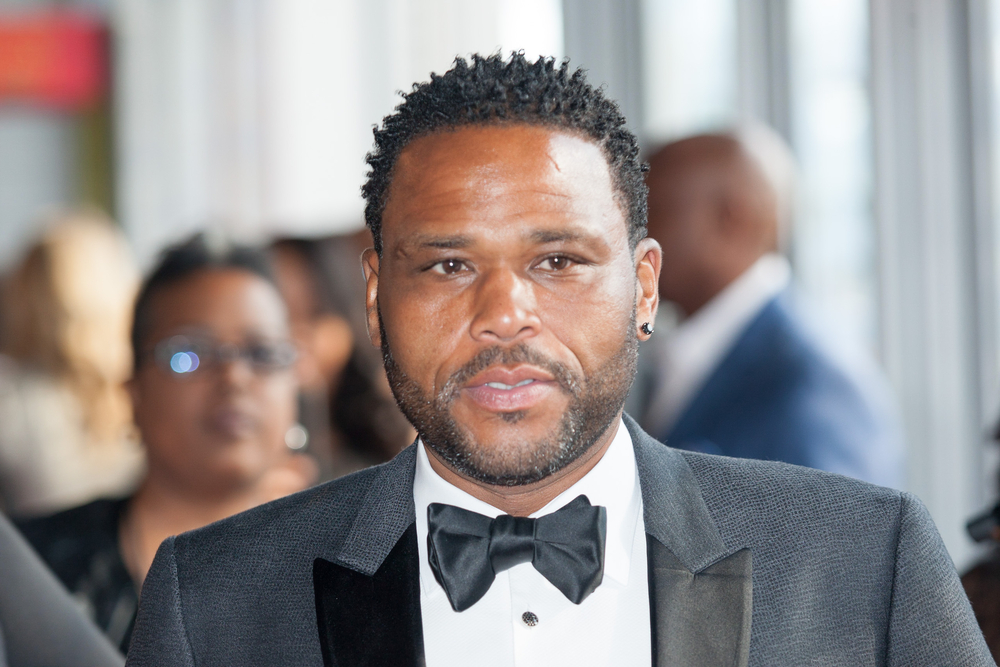 Anthony Anderson is a comedian and actor who has acted in a variety of TV shows and movies. Anthony Anderson was for a brief time the star of a sitcom called All About the Andersons. Afterwards, Anthony Anderson starred in the critically acclaimed Black-ish on ABC in the role of Andre Johnson.

Anthony Anderson also judges on the reality competition TV show Iron Chef America for Food Network and hosts a game show called To Tell the Truth, as well as appearing as a guest on numerous other game shows in addition. 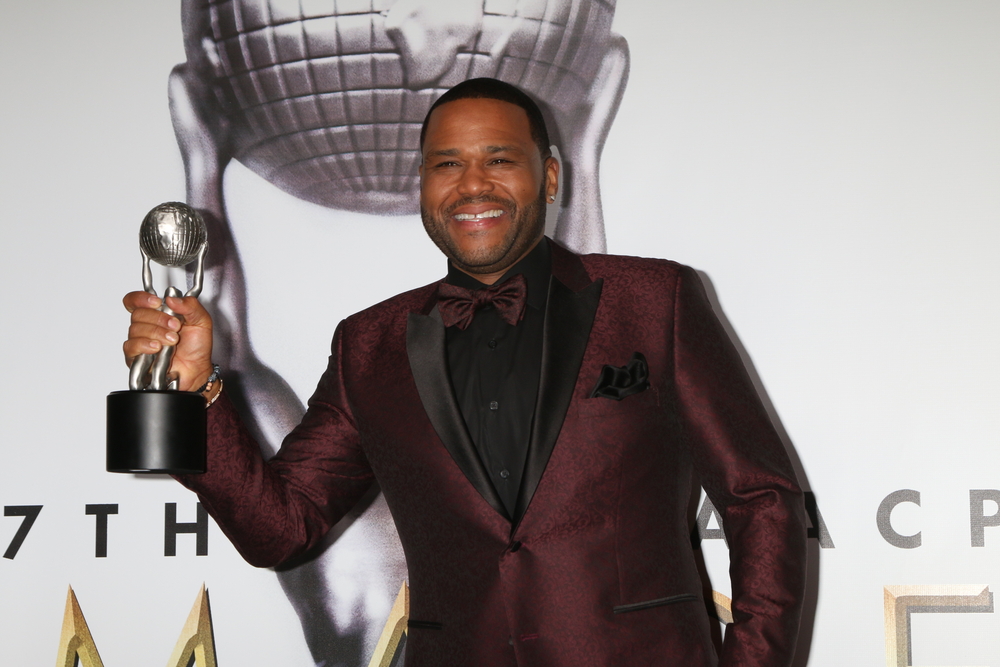 Anthony Anderson is both the star and executive producer of Black-ish, a successful and critically acclaimed sitcom on ABC that centers on an African American family and also stars Tracee Ellis Ross and Laurence Fishburne.

Amongst his various accolades for the role, the Emmys nominated Anthony Anderson for Best Lead Actor in a Comedy for his performance as Andre Johnson on the show.

In addition to this, Anthony Anderson had previously done a lot of various acting roles on TV. Anthony Anderson played Terry Broadis, a protagonist in a show for teenagers called Hang Time.

Anthony Anderson also had a number of guest star and recurring roles ones shows such as Ally McBeal, In the House, Malcolm & Eddie, NYPD Blue, The Bernie Mac Show, and ‘Til Death.

Anthony Anderson played the lead on The WB’s short lived sitcom All About the Andersons, which ran for only a single season. In 2008, Anthony Anderson was cast as Kevin Bernard, a regular on the behemoth crime procedural Law & Order on NBC.

Anthony Anderson played the role for 3 years until the original Law & Order was cancelled, and then he returned in the same role again when it was brought back in 2022, alongside filming the last season of Black-ish. In the past, Anthony Anderson also played a lead on K-Ville on FOX, as well as on The Shield on FX.

In 2014, Anthony Anderson starred in a reality series called Eating America with Anthony Anderson, in which he travelled around the country to different food festivals in different areas, each of which centered on a different kind of food.

Anthony Anderson also appeared regularly on Iron Chef America as a judge. In the Ultimate Bar Food episode, Anthony Anderson took on the role of sous chef and bartender.

In 2013, Anthony Anderson hosted the game show Wall of Fame on NBC, in which families attempt to solve various trivia questions about pop culture while simultaneously attempting to figure out whether the celebrities who occupied the Wall of Fame answered correctly as well.

8 episodes of this show were filmed, but unfortunately for Anthony Anderson, the show never made it to air. The network changed their minds after seeing the initial recorded episodes and cancelled the project before it say the light of day.

Anthony Anderson also starred in the very short lived sitcom called Guys with Kids, which only made it one season on the air before being cancelled. Anthony Anderson got the role of Andre John on Black-ish in 2014 and stayed with the show for all eight of its season.

The highly acclaimed show managed to nab numerous noms for Emmy Awards, as well as to win numerous Golden Globes. Anthony Anderson was also an executive producer on two Black-ish spin-offs: Grown-ish (which aired on Freeform) and Mixed-ish, which laste two seasons. Anthony Anderson guest starred on both shows as his Black-ish character Dre.

Throughout most of this time, Anthony Anderson was also hosting To Tell the Truth. Meanwhile, as far as film is concerned, Anthony Anderson’s first big screen role was the film Liberty Heights. After that, Anthony Anderson had major roles in Kangaroo Jack, Hustle & Flow, My Baby’s Daddy, and Agent Cody Banks 2: Destination London.

Meanwhile, Anthony Anderson starred in King’s Ransom, which is to this day the only film role that made him the actual star of the project. On the smaller side of things, Anthony Anderson had a small part in Martin Scorsese’s The Departed, as well as two Scary Movie films (the third and fourth).

Interestingly, after appearing in these parodies of the Scream films, Anthony Anderson was then cast to appear in an actual Scream film, the fourth entry in the massive horror comedy franchise.

Anthony Anderson has also done some directorial work. He directed a short film for the Responsibility Project in 2009, which featured Jeremy Sisto, his co star on Law & Order. It was only a minute long and aired on the sixteenth of October in 2009 during an episode of In the House called “Reality Bites”.

Anthony Anderson’s birthday was the fifteenth of August in 1970. Compton, California, United States of America was his place of birth. Anthony Anderson’s mom was named Doris. She was an actor as well as a telephone operator.

Anthony Anderson’s stepdad was named Sterling Bowman, and he was a steel mill worker and eventually ran a few stores that sold clothing in Los Angeles. Anthony Anderson’s nickname when growing up was Tugga, which was how he pronounced the word “sugar”.

When Anthony Anderson did a DNA analysis test in recent year, he discovered that he is the descendant of Cameroon’s Fulani, Hausa, and Tikal people, as well Bioko Island’s Bubi people.

When Anthony Anderson first tried to do stand up comedy, it did not go well for him, which was painful for his ego. Besides that unpleasantness however, if he hadn’t tried, he wouldn’t have met a lifelong friend Guy Torry, a comedy actor who took are of him after he got off stage and kept encouraging him to keep at it. 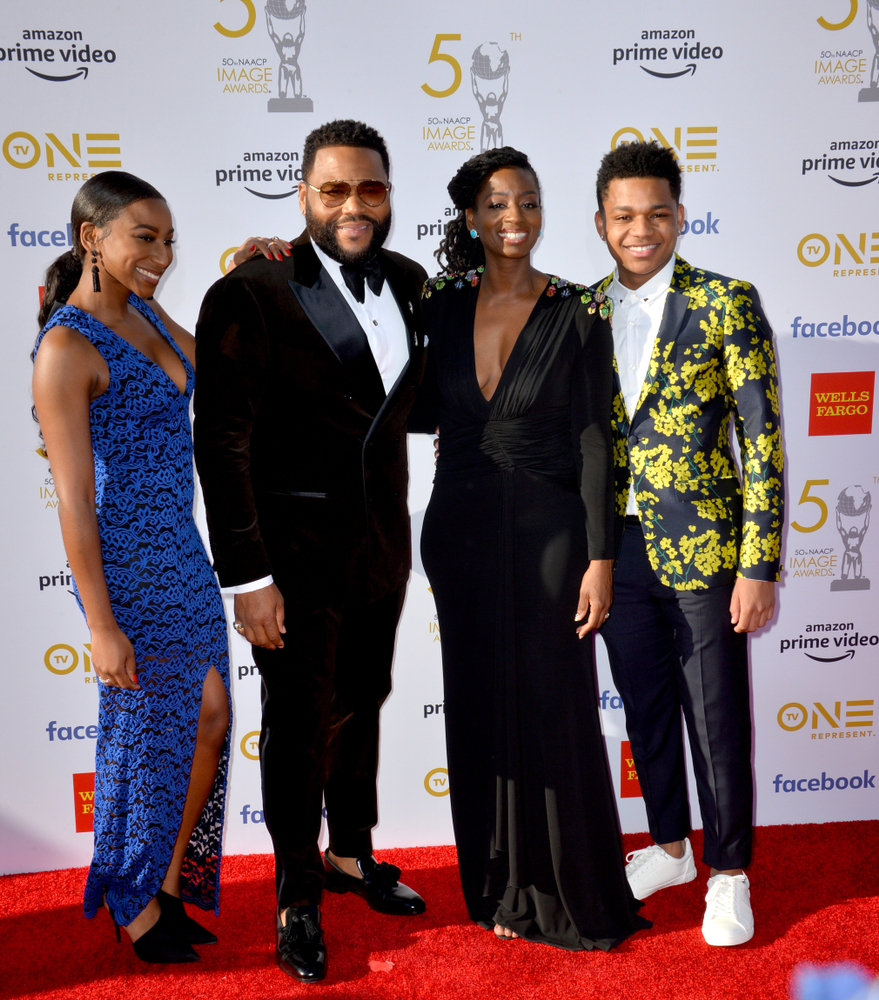 Anthony Anderson and Alvina Anderson separated in 2014, and she filled out the divorce filings the next September, but the two reconciled. Then in March of 2022, just over 5 years later, Alvina Anderson again filed for divorce.

Anthony Anderson is a type 2 diabetic and takes part in a lot of diabetes related activities to help other people suffering from the condition. Anthony Anderson was a guest on a celebrity edition of Who Wants to Be a Millionaire on which he won two hundred and fifty thousand dollars that he gave to the Alzheimer’s Association.

In 2004, Anthony Anderson was accused of rape by a twenty five year old female extra of the movie Hustle and Flow. She alleged that both Anthony Anderson and Wayne Witherspoon, the assistant director of the film, tore off her clothes, photographed her nude, and assaulted her.

She had a witness to back up her story, who claimed that they heard her screaming throughout the ordeal and afterwards running out of the trailer without any clothes on. Afterwards, she received treatment over at St Francis Hospital.

A judge however ultimately ruled no probable cause in trying the case and so she decided to drop the charges. History repeated in September 2004, when another woman sued him for sexually assaulting her, accusing him of sexually harassing and then raping her afterwards in his All About the Andersons dressing room while that short lived show was running.

Then again, in 2018, the LAPD had him under investigation for yet another allegation of sexual assault. Ultimately, however, the LA DA decided not to press charges because they didn’t have any physical evidence with which to pursue the case.

Anthony Anderson has accounts on most of the major social media platforms, which helps him connect with his fanbase. This in turn also contributes to Anthony Anderson net worth.

Anthony Anderson also posts photos of himself, often with friends, family, and colleagues, in order to connect with his fans. This in turn helps Anthony Anderson net worth build as well.

Anthony Anderson uses his official public verified Twitter account to post his thoughts and observations, updates about his career and life, as well as to plug various diabetes advocacy events and groups.

Anthony Anderson uses his official public verified Instagram account to post updates about his career and life, as well as photos of himself, his friends, and family, as well as to plug various diabetes advocacy events and groups. The connection he builds with fans here helps contribute to Anthony Anderson net worth.

Anthony Anderson does not have a professional LinkedIn account. Should this situation change at any point in the future, we will be sure to update this page with that information. Our goal is to keep our readers informed of all of the latest news about Anthony Anderson net worth, career, and life.

Anthony Anderson does not have an official public verified TikTok ccount. Should this situation change at any point in the future, we will be sure to update this page with that information. Our goal is to keep our readers informed of all of the latest news about Anthony Anderson net worth, career, and life.