Amanda Peet’s net worth seems to be a cause for intrigue with fans who wonder how much the popular actress has made over the years and how much she is worth.

The self-proclaimed lover of dressing up refuses to deny the most glamorous part of her job is her favourite, saying it’s the part of her profession that she truly loves. However, the talented actress clarifies that her love for the fun side of acting does not impact her work ethic or approach to acting.

“As an actor, my main focus is finding good writing and attacking a good role,” explained the actress.

She went on to explain that while she knows how hard dealing with publicity can be, she dislikes people who behave like they’re too good to do certain tasks, saying it’s a “little pretentious, honestly. Cause you’re not that famous. Calm down.”

Her humble approach to her work and incredible work ethic helped her bag several memorable roles over the years. This, along with her stunning appearance, has helped Amanda Peet increase her net worth and secure a solid fan base.

Who is Amanda Peet? 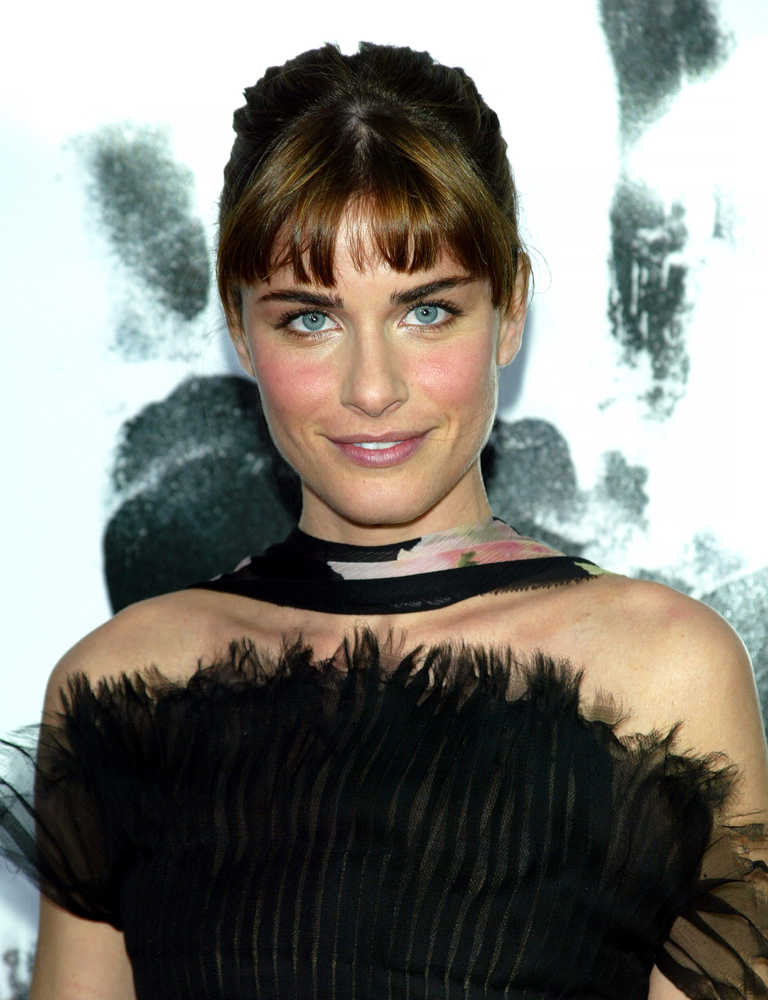 Amanda Peet is an American actress, writer, and producer. Her career began with a minor role on television before she landed her first significant role as Jacqueline Barrett in the WB network series Jack & Jill.

The show was moderately successful in the two seasons from 1999 to 2001. However, some fans may also remember Amanda Peet from her guest appearance in the season eight finale of Seinfeld when she played the waitress Jerry Seinfeld met.

Most fans would remember the award-winning actress from her role in the feature film Animal Room, which launched her into a successful career in show business and her more recent roles in Dirty John.

On January 11, 1972, Amanda Peet was born to Penny Levy, a social worker, and Charles Peet, a lawyer in New York City. She was raised in the same city and still feels a strong connection to it. In 2007, the actress even admitted:

“I’m not into vilifying L.A., like “Everyone is so dumb, everyone has fake boobs . . . ” It’s just not true. There are a lot of really smart, fascinating people there. I’m a New Yorker who loves L.A.”

Amanda Peet made her start in acting at the tender age of three years old. Her first role was on stage in a play. Despite her early start, the actress did not initially plan for it to become her career and only explored acting as a hobby.

Fun Fact: Apparently Amanda had a childhood crush on Christopher Atkins from “The Blue Lagoon” in 1980.

As Penny and Charles Peet’s daughter, Amanda is a mix of her father’s English and German bloodline and her mother’s Jewish line that hails from Germany, Russia, and Hungary.

The star is also the great-grandaughter of politician Samuel Levy and Hollywood business man S.L. Rothafel. She also has an older sister who is a doctor.

Amanda married her boyfriend of 4 years – David Benioff, a famous film producer and writer. They got married on September 30, 2006, after a 14-month engagement.

Less than a year later, on February 20, 2007, they welcomed their first child, a daughter named Frances Pen Benioff. Then on April 20, 2010, they had their second child Molly June Benioff. Their son Henry Benioff was born four years later, on December 7, 2015, in Los Angeles.

Aside from her loving family, Amanda Peet also has a strong friend group. The childhood friend of Jill Leiderman is also friends with Ashton Kutcher and best friends with Sarah Paulson.

Sarah Paulson and Amanda Peet reminisced about their friendship in The Beautiful Issue amid fits of giggles in one interview. The pair actually met when they co-starred in “Jack & Jill” in the 90s. Since then, they’ve shared many memorable moments.

Paulson explained that they share “an incredibly grounding friendship” that is “also wildly chaotic in the most fun way possible.” Amanda went on to say, “It’s like we were separated at birth.”

Amanda’s first screen appearance was a Skittles commercial. She then had an uncredited role in an episode of “The Larry Sanders Show” in 1992.

She had her film debut in the 1995 film “Animal Room” opposite Neil Patrick Harris. The movie also starred Matthew Lillard. In the same year, she was also in the “Hot Pursuit” episode of “Law and Order.”

The late 1990s were filled with a steady stream of work for Amanda Peet, including appearances in “One Fine Day,” “She’s the One”, and the critically acclaimed film “Playing by Heart” in 1998.

Then in 1999, she landed her first significant role in “Jack & Jill” as Jacqueline Barrett. The series was on screens for two seasons from 1999 to 2001.

Amanda went on to land a guest role as a waitress who meets Jerry Seinfeld in the season eight finale of “Seinfeld.”  She also starred in “Simply Irresistible”, a rom-com with a fantasy element that was, unfortunately, a box office flop.

Despite its poor performance, it did not slow down Peet’s budding career. Instead, Amanda went on to land more incredible roles, including ones in “Isn’t She Great” (2000) and “The Whole Nine Yards”  opposite Bruce Willis and Matthew Perry.

Critic Roger Ebert called Peet’s performance “perfect” and gave the film a more positive review than other critics. The film was a smashing success at the box office and grossed a whopping US$106.3 million worldwide. Which fans are sure probably gave Amanda Peet’s net worth a boost during the start of her career.

With her career rising, Peet went on to star in “Whipped” and bag the Young Hollywood Award for “Best New Style Maker” in 2000. She was voted onto People Magazines’ 50 Most Beautiful People in the World list in the same year.

With her name now catching the eye of Hollywood’s best, Peet bagged a role in the 2001 comedy “Saving Silverman” followed by the 2002 film “Changing Lanes” which also starred Ben Affleck.

Later that year, she starred in “High Crimes” with Morgan Freeman. The following year she acted opposite Diane Keaton, Jack Nicholson and Keanu Reeves in “Something’s Gotta Give” and “Identity.”

By 2004, Peet was well-known and bagged a role in the sequel to “The Whole Nine Yards” called “The Whole Ten Yards.” Unfortunately, the sequel was a flop compared to its counterpart, both critically panned and at the box office.

Once again, the poor performance of a film did nothing to slow Amanda Peet’s blossoming career, and she landed her most pivotal film role in her career a year later in  “A Lot Like Love” opposite Ashton Kutcher.

Her performance was labelled by the Los Angeles Times as “charming and charismatic.” The paper also applauded her ability to avoid sounding “aritificial” and “cloying.”  In the same year, she also starred in “This Is How It Goes,” “Melinda and Melinda”, and the thriller “Syriana.”

Then in 2006, Peet landed a role in “Barefoot in the Park,” a Broadway production by Neil Simon. She went on to act in “Griffin & Phoenix” and “Sunset Strip”, which bagged her a nomination for a Satellite Award for the Best Actress in a Television Series Drama.

Amanda Peet remained a fixture on screens worldwide for the next few years. She starred as an attorney in  “The Ex” in 2007 and then in  “The X-Files: I Want to Believe” in 2008. she also played an FBI agent in the 2018 drama “Five Dollars a Day” and landed a role in “What Doesn’t Kill You.”

In 2009, she bagged a role in the action-packed film “2012”, which was a box office hit, raking in more than US$769 million around the world. She starred in “Please Give” a year later, which earned all cast members a Gotham Award nomination for Best Ensemble Cast. Later that year, Peet also appeared in “Quantum Quest: A Cassini Space Odyssey” and then “Gulliver’s Travels.”

Ok, official: #AmandaPeet gives one of the best performances of the year, and certainly a career-best for her, as the headline-making ‘80s socialite Betty Broderick in the new #DirtyJohn season. The rage, man. And the macabre Blue Jasmine-ness. The scenes in court, in particular. pic.twitter.com/cjYBYvMntk

By 2012, Amanda Peet’s career was booming. She started out starring in the television series “Bent”, which was unfortunately cancelled after six episodes. However, it was just in time for Amanda Peet to start acting as Capt. Laura Hellinger in the fourth season of “The Good Wife.”

2013 saw Amanda Peet make her debut as a playwriter with “The Commons of Pensacola.” She also appeared in “Identity Thief ,” “Trust Me” and “The Way, Way Back.”

In 2015 and 2016, Peet starred in the HBO series “Togetherness”, created, written and directed by the Duplass brothers. The show aired for two seasons and was highly praised by critics. Then from 2016 to 2020, Peet landed a role in “Brockmire.”

I am so blessed to have a wonderful role in this new @Netflix show from brilliant actress/writer/creator #AmandaPeet, who led us joyfully through our paces! ⁦@IamSandraOh⁩ ⁦@jayduplass⁩ ⁦@BobBalaban⁩ #nansmensah – everyone at their best, telling this rich story! pic.twitter.com/DNVmzD7Dhd

2013 was just the beginning of Amanda Peet branching out to try new things. She wrote a comedic drama series called “The Chair” that was released on Netflix in 2021. Not only did she write it, but she also produced it with her husband, David Benioff and D. B. Weiss.

Like any actress with an impressive career, Amanda Peet’s is littered with interesting facts worth remembering. For starters, in 2008, seven months after giving birth to her daughter Frances, Peet returned to work to start filming “$5 a Day.”

If you think that’s quick, it only took five months after giving birth to her daughter Molly for her to jump back into work. She returned to star in the 2012 film “To the Wonder.”

If that hasn’t impressed you enough, she was still working while eight months pregnant with her son Henry. She only took maternity leave in her eighth month while filming 2015’s “Togetherness.”

Amanda Peet may be extremely busy with work, but it never hampers her philanthropic projects and activism. She is an avid supporter and volunteer for Every Child By Two (ECBT) since 2008.

The non-profit organization aims to spread positive and informative information about vaccinations for children. Peet joined their cause after noticing how much misinformation was doing the rounds in Hollywood.

That said a passionate Pete found herself in hot water after she used the word “parasites” to describe parents who choose not to vaccinate their kids and was forced to issue an apology for her choice of words.

Despite apologizing, she maintains her stance regarding vaccinations, their safety and the importance of maintaining herd immunity. Peet later bagged an award at the Third Annual Independent Investigative Group IIG Awards for her work regarding vaccines.

Aside from writing shows, Amanda Peet also flexed her writing skills in the form of a children’s book that she co-wrote with Andrea Troyer. The book “Dear Santa, Love, Rachel Rosenstein”  is about a Jewish girl who loves Christmas. It was released in 2015.

She also wrote “Our Very Own Carlin McCullough.” The play was showcased at the Geffen Playhouse in Los Angeles in 2018 for two months.

Now, given her impeccable career and many side project, it should come as no surprise that Amanda Peet’s net worth is pretty impressive.

In fact, it is estimated to be a whopping $100 million when combined with her husband, David Benioff who is the producer behind the cult favourite Game of Thrones.

The number might shock some fans as Amanda Peet began her career with small film roles. However, as her roles grew in prominence so did Amanda Peet’s net worth.

As a well established and recognizable figure in Hollywood with many central roles in many films, it’s no wonder that the actress who was once voted as one of the 50 Most Beautiful People in the World has a staggering net worth.

Recommend reading: Jack Black Net Worth | How Rich Is This Legendary Star?

#TB still remember the amazing time I had with @chriscolfer last year! 😘🙌🏼 pic.twitter.com/hVZ02595UR